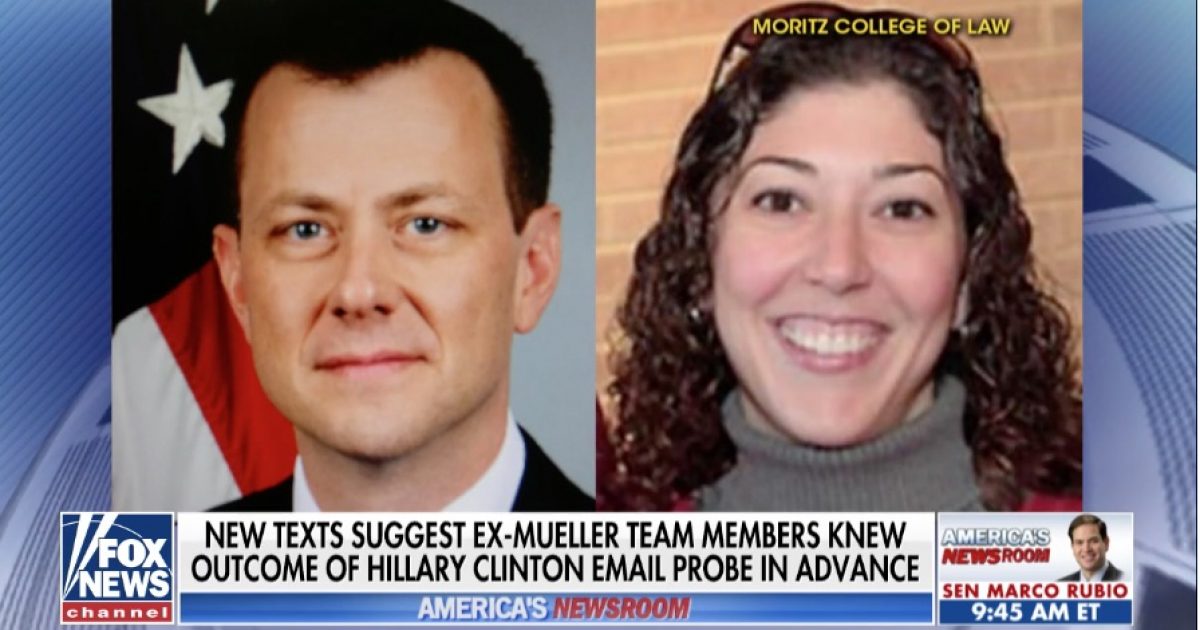 The FBI is under pressure again over text messages between two of its employees.

Text messages between FBI agent Peter Strozk, a key figure in the Hillary Clinton email investigation, and Lisa Page who also worked for the agency raised serious questions about political bias at the FBI.

Both Strozk and Page were dismissed from Special Counsel Robert Mueller’s investigative team that is looking into possible connections between the Trump campaign and Russia.

Now it is reported the Justice Department sent additional text messages from the two employees to Congress and the new information is adding to concerns about the FBI.

More concerning is the Justice Department alerted Congress months of text messages were not collected because of technical issues.

The Justice Department has turned over to Congress additional text messages involving an FBI agent who was removed from special counsel Robert Mueller’s investigative team following the discovery of derogatory comments about President Donald Trump.

But the department also said in a letter to lawmakers that its record of messages sent to and from the agent, Peter Strzok, was incomplete because the FBI, for technical reasons, had been unable to preserve and retrieve about five months’ worth of communications.

In addition, a review of the text messages suggests both Strozk and Page had prior knowledge that criminal charges against Hillary Clinton would not happen.

One of the newly discovered messages, lawmakers said, appeared to indicate that Peter Strzok and Lisa Page knew that charges would not be filed against Democratic presidential candidate Hillary Clinton as a result of the investigation into her email server — before Clinton was interviewed by the bureau.

The new troubling information about the FBI is causing more damage to the credibility of the agency.