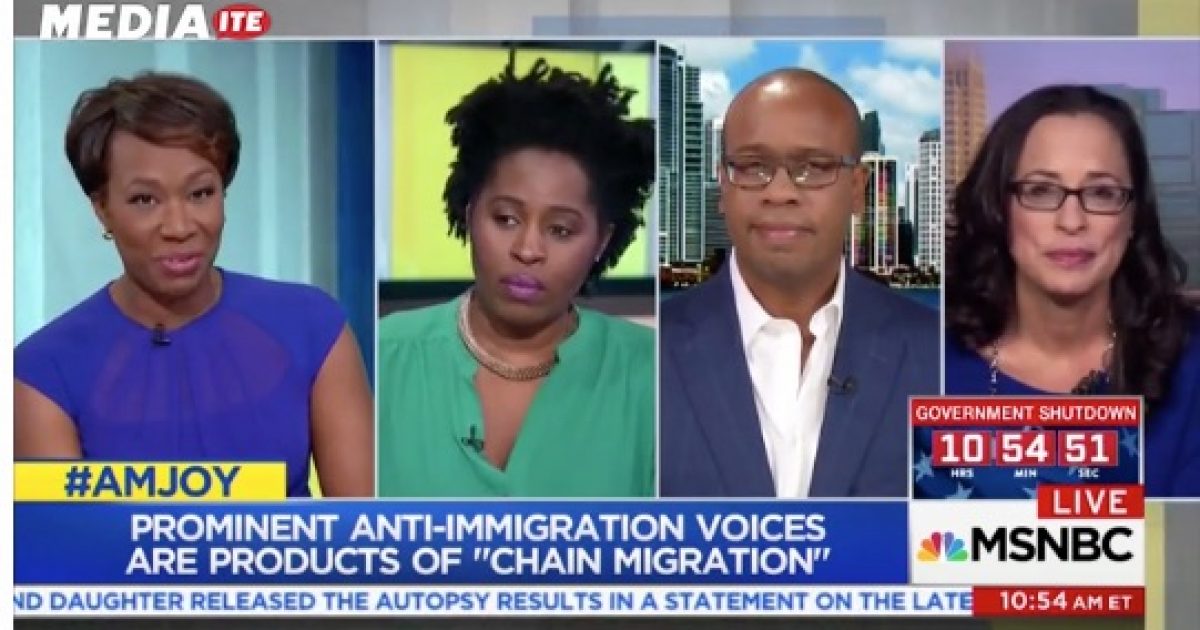 During today’s broadcast of MSNBC’s AM Joy, host Joy Reid briefly addressed Carlson’s attacks on immigrants, stating that a lot of people are seeing his comments and statements as akin to white supremacy. Moderating a panel discussion on immigration, Reid asked panelist Jennifer Mendelsohn about some of the research she had done into Carlson’s background. Mendelsohn pointed out that the Fox News host’s great-great-grandfather had left memoirs detailing his own struggles in Europe and how that pushed him to come to America.

Reid cleverly used the line “…a lot of people are seeing…” to make her attack against Carlson indirect but her feelings were obvious.

The MSNBC host invited a panelist to discuss the immigration history of Carlson’s family in order to make him look like a hypocrite on the issue.

The left-wing media continues to put the immigration debate in racial terms while ignoring the safety and economic concerns of a loose immigration policy.