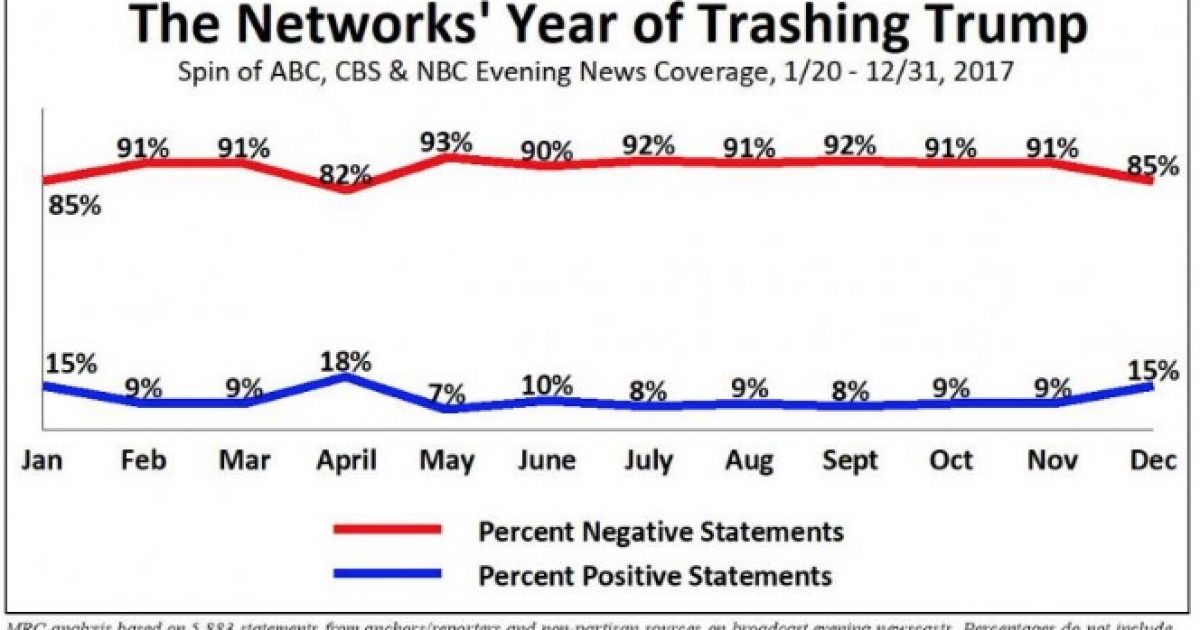 In 2017, the major television networks slammed President Trump during his first year in office.

An analysis from the Media Research Center shows the overwhelming bias against President Trump.

Here are the highlights from the report:

■ The Trump presidency was the biggest story of the year, accounting for one out of every three minutes of evening news airtime — nearly 100 hours in total.

■ The tone of coverage has been incessantly hostile, especially for a new President in his honeymoon year: 90% negative, vs. just 10% positive (These percentages do not include neutral statements).

■ More than two-fifths of evening news coverage of the President (43%) focused on controversies, not policies, with the Russia investigation alone accounting for one-fifth of all Trump coverage (1,234 minutes).

■ Despite their massive coverage of Russia, the networks had almost no airtime for questions about how the investigation began, or whether special counsel Robert Mueller’s current investigation is biased.

The attacks against President Trump continues in 2018.