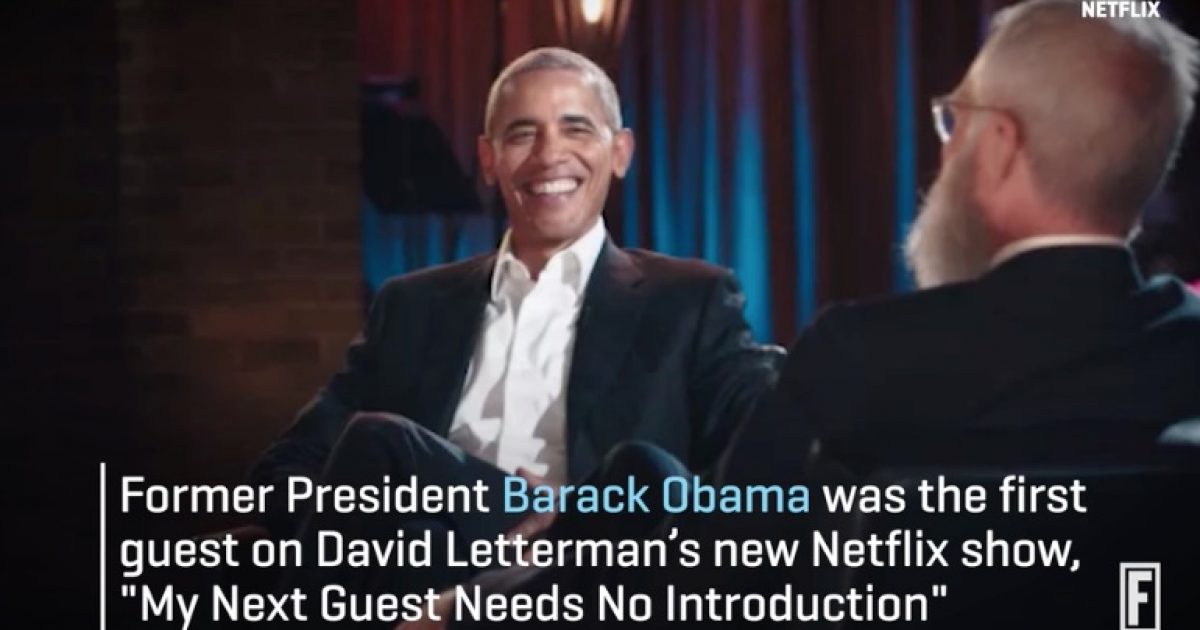 Appearing as a guest with former late night host David Letterman on his new Netflix series, My next guest needs no introduction with David Letterman, Obama was asked, “what he considers the more dangerous threat to a democracy.”

Letterman then asked Obama what he considers the more dangerous threat to a democracy, the president demeaning the press or a foreign power sabotaging the voting process. Both options are clearly jabs at President Trump and Obama answered without mentioning the current president’s name.

“One of the biggest challenges we have to our democracy is the degree to which we don’t share a common baseline of facts,” Obama said. “If you watch Fox News, you are living on a different planet than you are if you are listening to NPR.”

The interview took place at the City College of New York and Obama’s comments were a hit with the audience.

The response got a big round of applause from the presumably liberal crowd at the City College of New York. Obama has a long history of taking shots at Fox News but the recent comment marks his first public attack on the network and its viewers since leaving the White House.

This isn’t Obama’s first jab at Fox New and while serving as commander-in-chief, his aides were also critical of the network.

During Obama’s first year in office, one of his aides told The New York Times that the administration would treat Fox News ‘the way we would treat an opponent.’

That same year, Obama told CNBC that Fox News was ‘entirely devoted to attacking my administration.’

Obama’s television interview with Letterman was his first since leaving office.