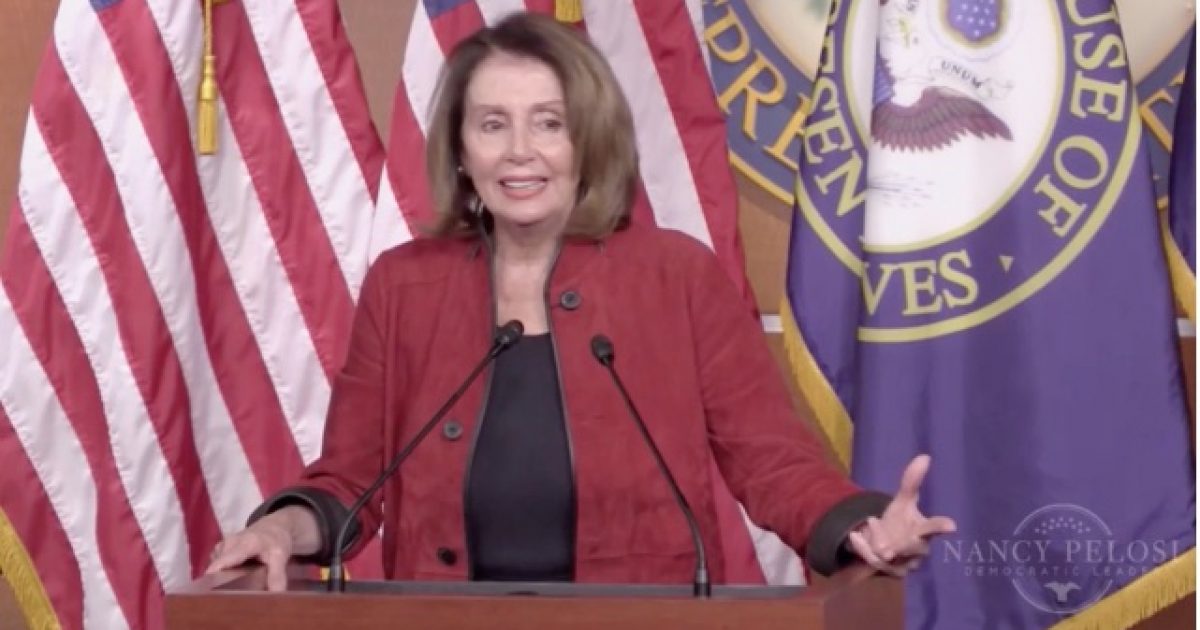 Pelosi was referring to the five men involved in trying to hammer out a deal to address illegal aliens that were brought to the U.S. while they were children.

Hoyer was not pleased with the comments and fired back at Pelosi.

“The five white guys I call them, you know,” Pelosi said, referring to five bipartisan lawmakers, including Hoyer, leading efforts to salvage the Deferred Action for Childhood Arrivals (DACA) program. All five of the male lawmakers are white.

“Are they going to open a hamburger stand next or what?” she said, referring to the popular fast food restaurant “Five Guys.”

Hoyer pushed back against the remarks.

Drew Hammill, Pelosi’s spokesman, later said she wasn’t criticizing Hoyer or Durbin’s participation and has made similar comments during meetings with both this week, without complaints.

“Leader Pelosi has every confidence in the leadership of Whip Hoyer and Senator Durbin, which they have demonstrated on this topic for years,” Hammill said. “It’s not a question of who’s there but who’s not there.”