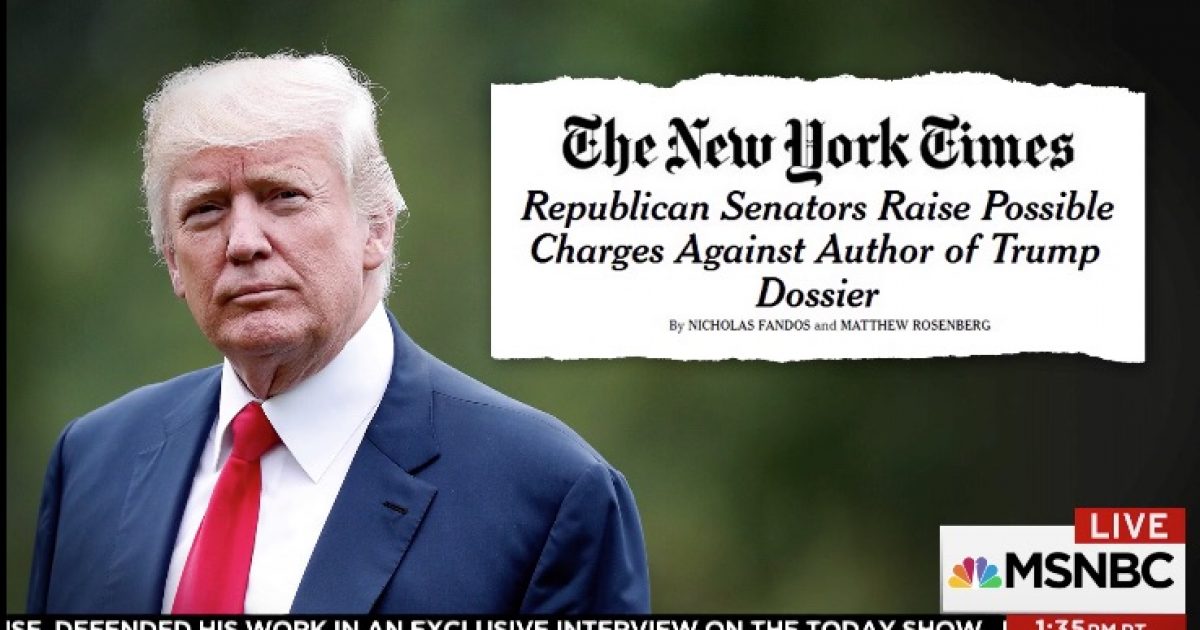 Steele was paid by Fusion GPS to investigate President Trump’s history of contacts with Russians and his report became the source of news reports and government investigations claiming the Russian government colluded with the president’s campaign.

Senate Judiciary Committee Chairman Charles E. Grassley (R-Iowa) and Sen. Lindsey O. Graham (R-S.C.) sent the letter to the DOJ and FBI. In it, the pair says they have reason to believe Steele might have lied about disseminating information from the dossier.

But while they make the allegation publicly in the letter, the details of Steele’s potential lying are contained within an attached document marked classified. In other words, they are suggesting Steele may have lied, but don’t say what he might have lied about.

In addition to brefing the media on his research, Steele also discussed the dossier with FBI officials in July 2016 during the height of the presidential campaign.

Bryon York of The Washington Examiner discussed the possible key focus of the Senators:

As a result of their talks, Steele and the FBI reached a tentative agreement whereby the FBI would pay Steele to continue the anti-Trump work.

All the while, Steele was also working for the opposition research firm Fusion GPS – his dossier was the result of a Fusion anti-Trump project funded by the Clinton campaign. As part of that, Steele briefed reporters on what he had found. In a London court case, Steele’s lawyers said that in September 2016 Fusion GPS directed Steele to brief reporters from the New York Times, the Washington Post, CNN, the New Yorker, Yahoo News, and, later, Mother Jones. Steele did each briefing individually.

One serious question is whether Steele told the FBI that he was telling reporters the same information – those explosive allegations about Trump and Trump associates – that he was bringing to bureau investigators. If the FBI knew that, would they have agreed to an arrangement to make Steele a paid FBI operative investigating the Trump-Russia affair? That would have been a most unorthodox arrangement, with Steele disseminating his allegations to the FBI and the press simultaneously.

There is also a concern about whether Steele’s statements to the FBI match what he told a London court.