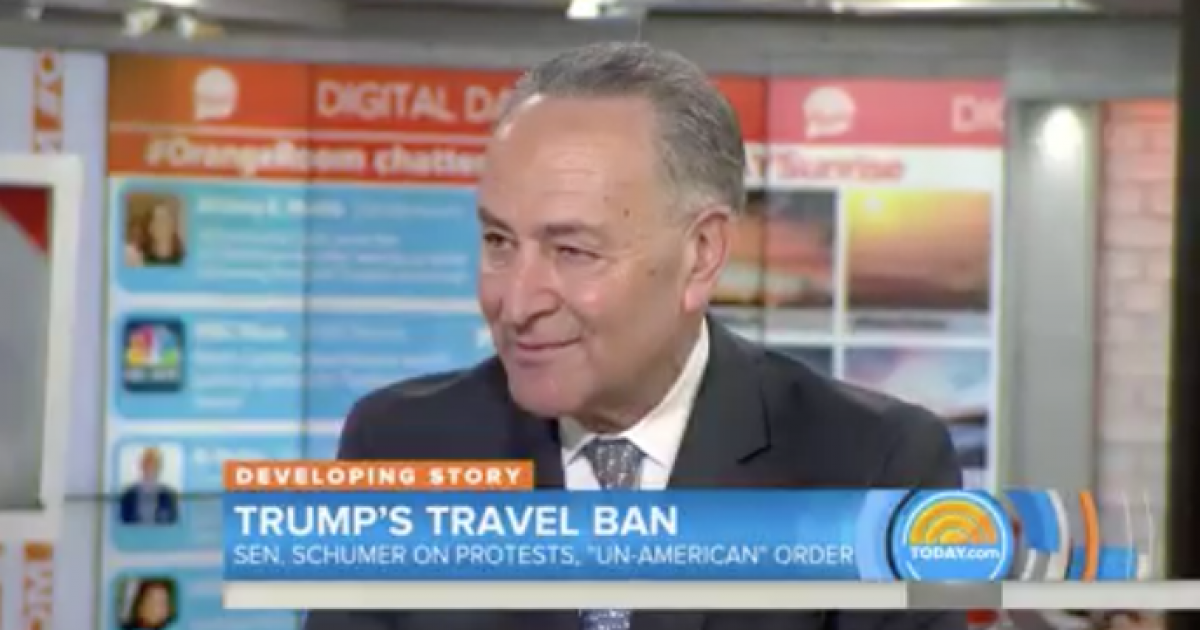 Left-wing activists are blasting Senate Minority Leader Chuck Schumer (D-NY) after he failed to get a DACA deal by using government funding as political leverage.

Schumer ended his engineered government shutdown after he was unable to get President Trump to agree to his DACA demands.

Liberal activists are furious with Democratic senators after most of them agreed to reopen the federal government without a firm path to shielding young immigrants from deportation.

As the third day of the shutdown dawned, liberal advocates and immigration groups fired off a joint statement blasting as “unacceptable” Senate Majority Leader Mitch McConnell’s offer merely to hold a vote on immigration — with no promises for action from the House or White House — in exchange for Democratic votes to reopen the government. But three hours later, Democratic senators agreed to just those terms — sparking anger on the left.

The left-wing response to Schumer underscores the Democrat political division.

Democrats are divided with the establishment faction in conflict with the left-wing faction.

When establishment Democrats such as Schumer can’t deliver the high expectations of the left-wing faction the split in the party is evident.

Schumer made a huge mistake by pumping up the expectations of the left-wing only to cave on his DACA demand.

Now the left-wing Democrats, especially those who are thinking of running for president in 2020, will ratchet up their rhetoric putting Schumer under more pressure.