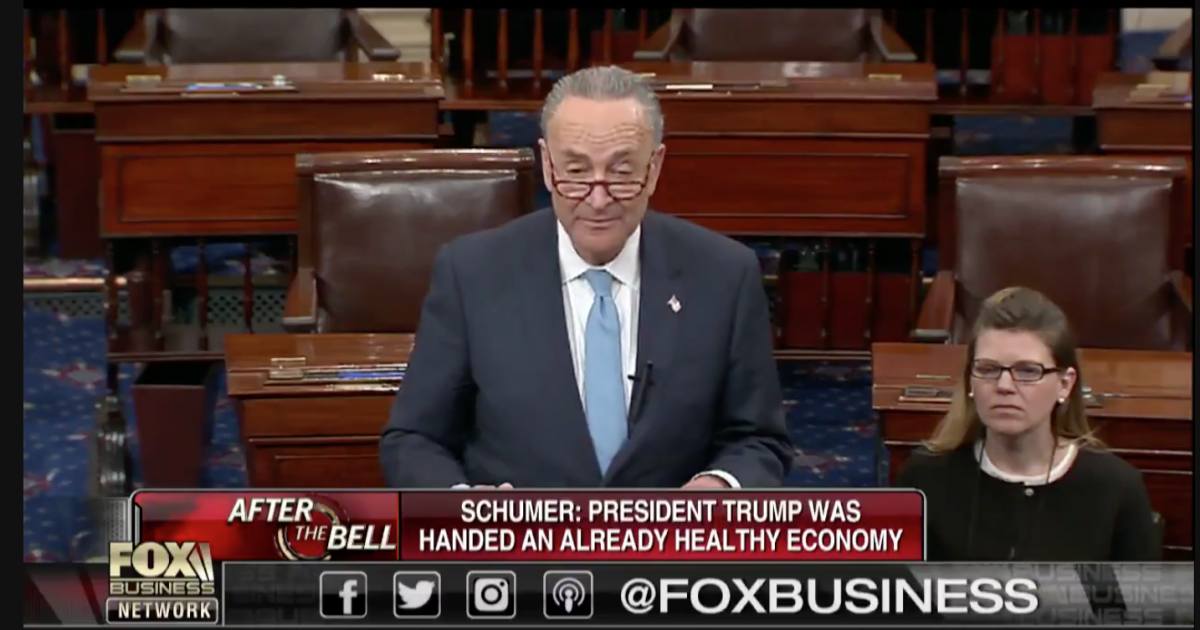 Schumer wrote an op-ed in The Washington Post and made remarks on the Senate floor about the upcoming address by President Trump.

In The Washington Post piece, “What I’m listening for in Trump’s State of the Union,” Schumer wants to hear about the president’s infrastructure plan.

“If you’re going to pat yourself on the back, give a shoutout to Barack Obama because he did even better than you in job creation,” he said.

Schumer added that Trump was handed an “already healthy economy,” but “two words we won’t hear President Trump say tonight about the economy: ‘Thanks, Obama.'”

The Schumer talking point about the economy and jobs is the same argument that former President Obama made during a speech this year.

At a conference of mayors in Chicago, Mr. Obama congratulated himself Tuesday for strong employment numbers in the U.S. this year, saying his climate-change policies have contributed to growth.

“As we took these actions, we saw the U.S. economy grow consistently,” Mr. Obama said. “We saw the longest streak of job creation in American history by far, a streak that still continues by the way.”

He added wryly, “Thanks, Obama.”

Democrats know President Trump will highlight his successful first year as president during the State of the Union speech and Schumer is trying to get some of his talking points in the news cycle.