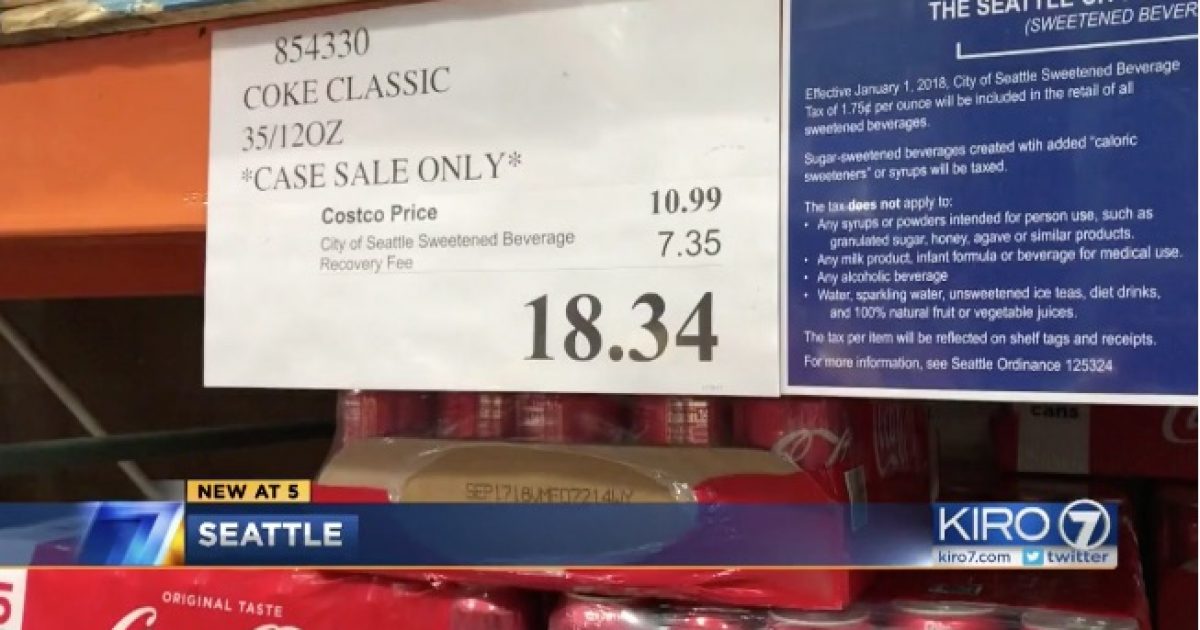 The city of Seattle, Washington, instituted a massive tax on sugary drinks.

The tax adds a $1.75 cents per ounce on sugary drinks sold in the city.

What does this mean?

In response, at least one major retailer advertised in detail the reason for the significant increase in prices.

Of interest, the story notes the label calls the added cost a “recovery fee.”

Costco is advising customers they can avoid the tax by buying beverages outside the city limits.

To no surprise, city officials claimed the tax will result in health benefits and will generate an estimated $15 million in revenue.

Don’t be shocked if consumers avoid the tax by taking Costco’s advice and take a short drive to another store location.

KIRO 7 reported on the consumer reaction to the tax:

One Costco shopper loaded a case of Coca-Cola into her cart, not noticing the new price until KIRO7 pointed it out.

“That much!” said Vilma Villagran, who was buying the case for her family.

The regular case of Coke is now $7.35 more expensive than the Diet Coke or Coke Zero.

“I knew it was going to be high, but not that crazy high,” Villagran said.