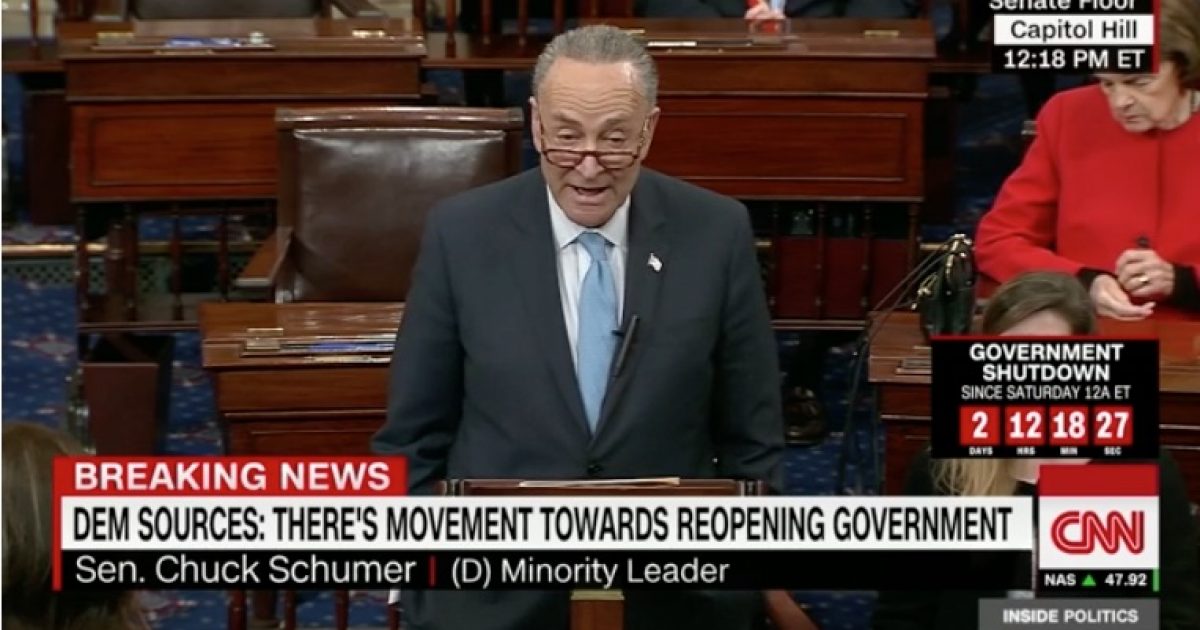 The decision by Schumer is a big setback for the Senate to agree on a resolution to the DACA issue and immigration reform.

President Trump made it clear border wall funding is non-negotiable.

President Trump decided to end the program on March 5 and hoped Congress would address the issue through legislation.

Senate negotiators found themselves back at Square 1 on immigration on Tuesday, as the Senate Democratic leader withdrew the biggest gesture he had made to strike a deal: an offer to fully fund President Trump’s proposed wall at the Mexican border.

“The wall offer’s off the table,” the leader, Senator Chuck Schumer of New York, told reporters at the Capitol a day after senators overcame an impasse to end a three-day government shutdown.

By pulling the offer to support the wall, Schumer is going against the majority (54%) of voters who support building a wall and want secure borders (79%).

Schumer was wrong on the government shutdown he engineered and is also on the wrong side of public opinion.