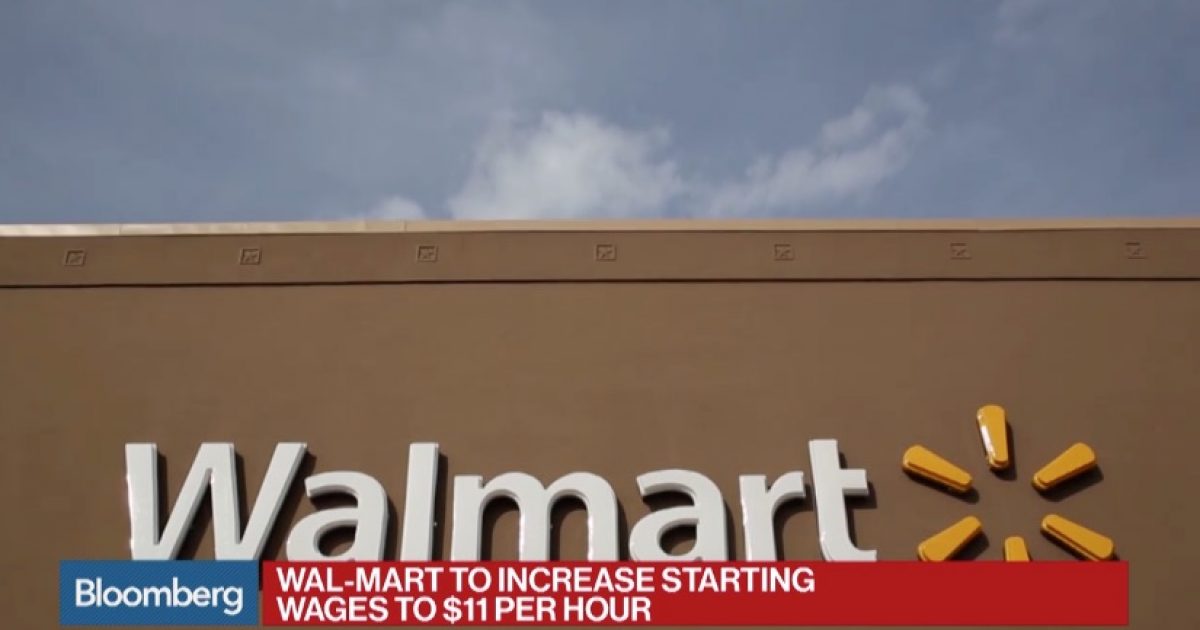 The free-market is on full display.

Wal-Mart is the latest company to announce wage hikes and bonuses for its employees in response to President Trump’s tax cut plan.

The action by Wal-Mart follows other companies that boosted wages and gave bonuses to employees.

Wal-Mart Stores Inc. is boosting its starting hourly wage to $11 and delivering bonuses to employees, capitalizing on the U.S. tax overhaul to stay competitive in a tightening labor market.

The increase takes effect next month and will cost $300 million on top of wage hikes that were already planned, the Bentonville, Arkansas-based retailer said Thursday. The one-time bonus of up to $1,000 is based on seniority and will amount to an additional $400 million. The company is also expanding its maternity and parental leave policy and adding an adoption benefit.

“Tax reform gives us the opportunity to be more competitive globally and to accelerate plans for the U.S.,” Chief Executive Officer Doug McMillon said in the statement.

Wal-Mart CEO Doug McMillion said the company is looking for additional ways to invest in employees and the business because of the tax cuts.

Today, Walmart announced plans to increase the starting wage rate for all hourly associates in the U.S. to $11, expand maternity and parental leave benefits and provide a one-time cash bonus for eligible associates of up to $1,000. The company is also creating a new benefit to assist associates with adoption expenses. The combined wage and benefit changes will benefit the company’s more than one million U.S. hourly associates.

“Today, we are building on investments we’ve been making in associates, in their wages and skills development,” said Doug McMillon, Walmart president and CEO. “It’s our people who make the difference and we appreciate how they work hard to make every day easier for busy families.”

He added, “We are early in the stages of assessing the opportunities tax reform creates for us to invest in our customers and associates and to further strengthen our business, all of which should benefit our shareholders. However, some guiding themes are clear and consistent with how we’ve been investing — lower prices for customers, better wages and training for associates and investments in the future of our company, including in technology. Tax reform gives us the opportunity to be more competitive globally and to accelerate plans for the U.S.”