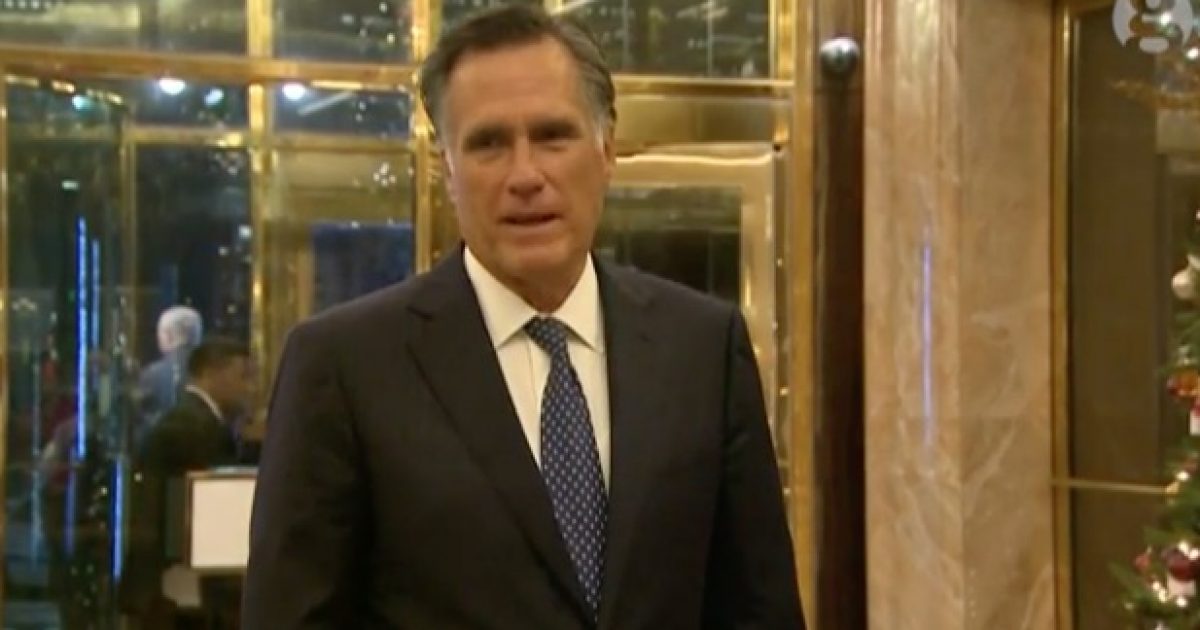 Republican Utah Senator Orrin Hatch just announced he is retiring from the Senate fueling speculation Mitt Romney will seek to replace him.

Hatch will be retiring after serving in the Senate for 42 years leaves the 2018 election open for a new Republican to try to fill his vacancy.

Hatch’s retirement kicks off an open race for a reliably Republican Senate seat, and one worry for Trump is that one of his biggest GOP critics could replace the Utah senator: Mitt Romney, whose name has been at the top of the list for the GOP nomination for months.

The failed 2012 GOP presidential nominee and former Massachusetts governor has deep familial and political ties in Utah owing to his Mormon faith and his successful management of the once-troubled 2002 Winter Olympics. His family maintains a residence in the state, and Romney hosts an annual political gathering in Utah popular with the GOP establishment.

At a time when voters have rallied around outsiders, Romney is a consummate insider. While he would clearly be favored by the national party and top donors for the nomination, he could face a primary fight from the activist right.

If Romney decided to run, he would be a favorite to win the Senate seat.

Romney has criticized President Trump and the president wanted Hatch to remain in the Senate.

Mr. Hatch, 83, was under heavy pressure from Mr. Trump to seek re-election and block Mr. Romney, who has been harshly critical of the president. But Mr. Hatch, who emerged as one of the president’s most avid loyalists in the Senate, decided to retire after discussing the matter with his family over the holidays.

President Trump interviewed Romney for a position in the new administration but the former presidential contender was not chosen for a post.