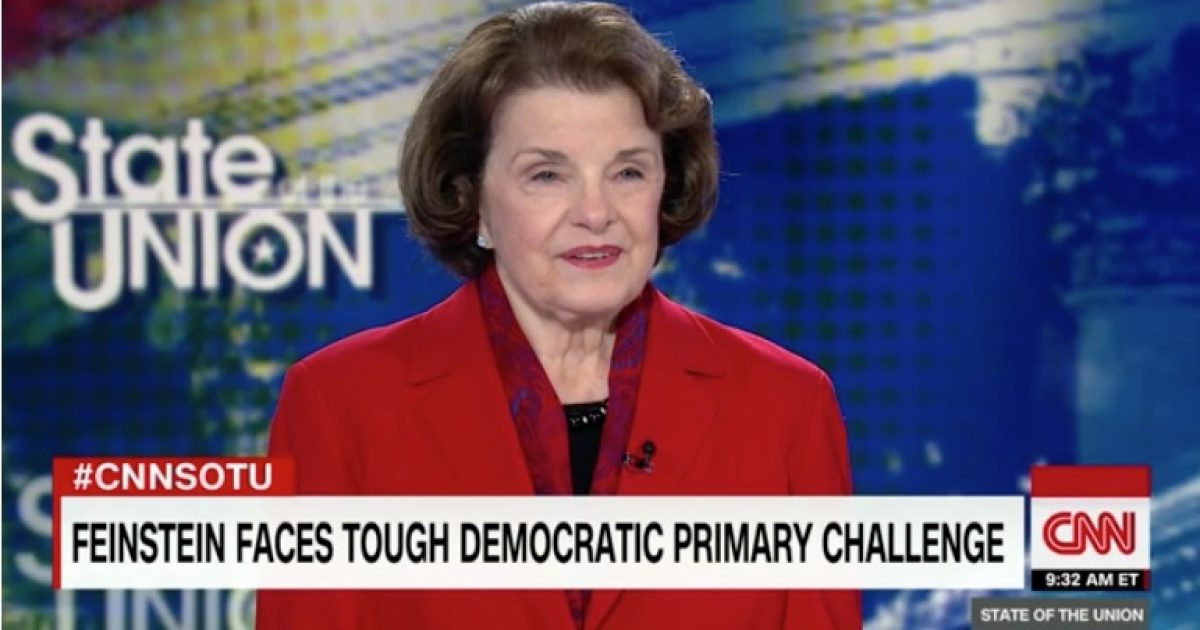 Senator Dianne Feinstein (D-CA) failed to get an endorsement from the state Democrat Party for her sixth run for the U.S. Senate.

Feinstein was unable to secure the 60 percent threshold vote from the delegates.

The other candidates for the Senate race also failed to get enough delegate votes to get an endorsement.

Senator Dianne Feinstein suffered a setback in her effort to win a sixth term representing California as the state Democratic Party declined this weekend to endorse her re-election bid.

Ms. Feinstein is way ahead in most polls, and has a huge fund-raising advantage over her main opponent, Kevin de León, the California State Senate’s Democratic leader. Still, the vote here, at a raucous and well-attended party convention, is the latest indication of disenchantment with Ms. Feinstein, 84, among the party’s grass-roots advocates.

The bad news for Feinstein is she came in second with only 37 percent of the delegate vote while her competitor California State Senate’s Democratic leader Kevin de León got 54 percent of the vote.

Feinstein is struggling in California because of her age, centrist views and not being aggressive enough in challenging President Trump.

CNN reports on the Senate race and Feinstein’s primary challenger:

Charging that Feinstein is out of step with the progressive direction of the party, De León pointed to a litany of issues where he said he disagrees with the senior senator, including school vouchers, allowing federal agents to spy on American citizens, and her past support of the wars in Iraq and Afghanistan.