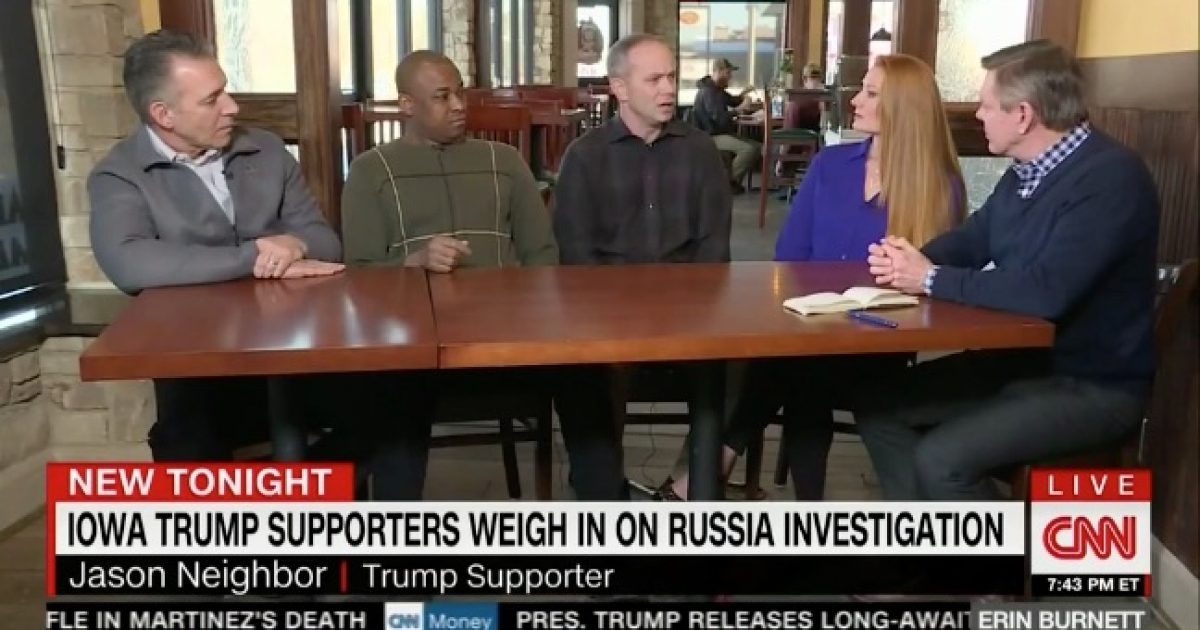 The great political divide between the left-wing elite media and Midwest supporters of President Trump was exposed in a CNN story.

CNN went to Iowa to gauge the president’s support from a small group of Iowa voters and found they all strongly back President Trump.

The Daily Caller story on the CNN segment includes a summary from CNN’s Martin Savidge:

“It’s pretty clear from that conversation and from others that I’ve had with Trump voters that many of them believe the Russia investigation is nothing more than a political scheme, that was fabricated and now is being perpetuated by Democrats and others who simply can’t accept the fact that Donald Trump is president,” Savidge concluded.

CNN keeps trying to find dissatisfaction with President Trump supporters and they keep striking out.