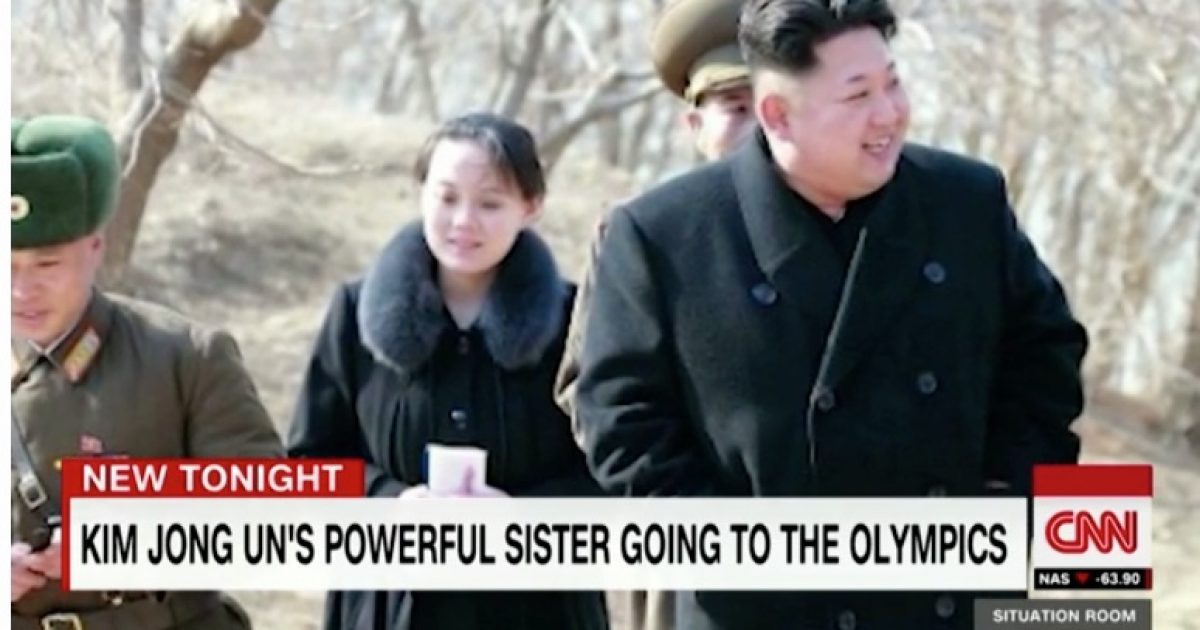 CNN wrote an adoring article about Kim Jung Un’s sister at the Olympics.

North Korea dictator’s sister Kim Yo Jong is getting a lot of positive press attention at the Winter Olympics in Seoul, South Korea.

CNN’s story, “Kim Jong Un’s sister is stealing the show at the Winter Olympics,” painted a glowing picture about Jong.

If “diplomatic dance” were an event at the Winter Olympics, Kim Jong Un’s younger sister would be favored to win gold.

With a smile, a handshake and a warm message in South Korea’s presidential guest book, Kim Yo Jong has struck a chord with the public just one day into the PyeongChang Games.

CNN’s story issues a real positive spin on Jong, especially since her role in North Korea is deputy director of the Propaganda and Agitation Department of the Workers’ Party of Korea.

That means her job is to promote lies and protect the brutal government run by her brother.

CNN is not alone with its positive coverage of Jong.

They marveled at her barely-there makeup and her lack of bling. They commented on her plain black outfits and simple purse. They noted the flower-shaped clip that kept her hair back in a no-nonsense style.

Here she was, a political princess, but the North Korean “first sister” had none of the hallmarks of power and wealth that Koreans south of the divide have come to expect. In looks-obsessed South Korea, many 20-something women list plastic surgery and brand-name bags as life goals.

Vice President Mike Pence was concerned North Korea would use the Olympics as a public relations effort to improve its image and the media is turning Pence’s fear into a reality.