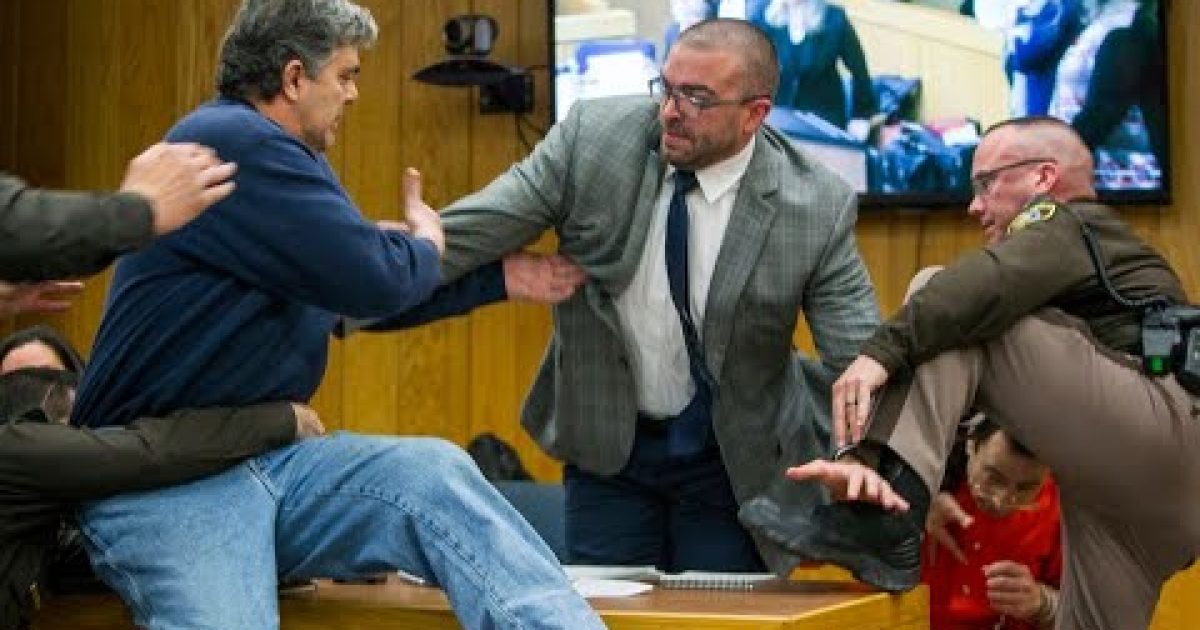 Randall Margraves, the father of three girls that were sexually abused by former sports doctor Larry Nassar, was detained after he tried to physically confront the disgraced doctor.

Margraves asked the judge if he could be alone with Nasser for a period of time before he rushed the table were Nasser was sitting.

Margraves was restrained before he could get to Nasser.

A distraught father seething over sexual abuse suffered by three daughters tried to attack former sports doctor Larry Nassar in a Michigan courtroom Friday after a judge rejected his request to confront the “demon” in a locked room, a stunning rush that reflected the anguish felt by parents who trusted him with their children.

Randall Margraves was blocked by an attorney, tackled by sheriff’s deputies and hauled out of court. He later apologized, saying he had lost control. Eaton County Judge Janice Cunningham said there was “no way” she would fine him or send him to jail under her contempt-of-court powers.

Social media supported Margraves and a GoFundMe page was set up for the father.