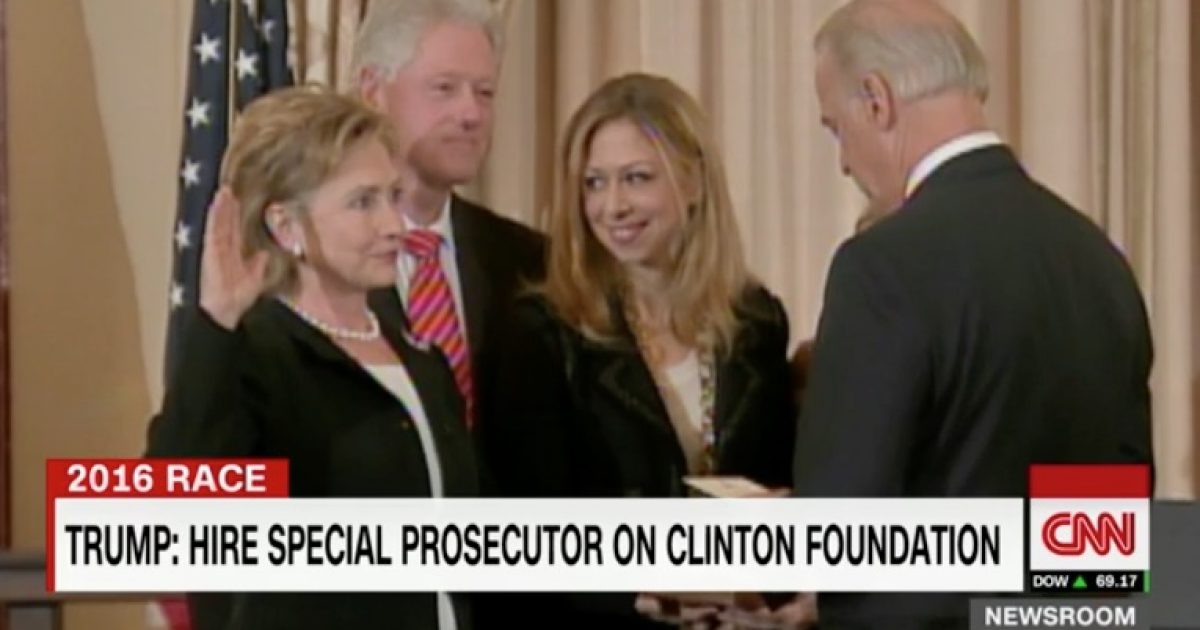 The Clinton Foundation is in the news again regarding the Uranium One Deal.

Douglas Campbell, an FBI informant, gave details to Congress about an effort by the Russian government to influence then-Secretary of State Hillary Clinton by having a public relations firm provide free services to the Clinton Global Initiative.

According to news reports, Campell said the Russians had public relations firm APCO Worldwide use part of its $3 million lobbying funds for in-kind work for the president’s non-profit.

The goal of the effort was to make a positive impact on former President Bill Clinton so Hillary Clinton would give approval to the purchase of Canadian-based Uranium One by a Russian nuclear company.

In the statement, obtained by Fox News, Campbell said Russian executives told him that Moscow was hiring APCO Worldwide in an effort to influence the Obama administration and Hillary Clinton.

Campbell said Russian nuclear officials “told me at various times that they expected APCO to apply a portion of the $3 million annual lobbying fee it was receiving from the Russians to provide in-kind support for the Clinton’s Global Initiative.”

In 2010, the U.S. gave the green light allowing Uranium One to be purchased by Rosatom – a nuclear energy company owned by the Russian government.

Despite finding and reporting criminal behavior by Russians in the U.S. surrounding their nuclear energy interests which Campbell gave to the FBI, the Obama administration allowed the sale of Uranium One.

Campbell, whose work as an informant was first disclosed in a series of stories published last fall by The Hill, helped the FBI gather evidence as early as 2009 that the Russian nuclear industry was engaged in a kickback, bribery and racketeering scheme on U.S. soil. The criminal scheme, among other things, compromised the U.S. trucking firm that had the sensitive job of transporting uranium around America, Campbell testified.

APCO denied the charges made by Campbell and Democrats are attacking his credibility.

The purchase of Uranium One gave the Russians control of about 20 percent of the uranium in the U.S.

The Department of Justice is investigating the possibility the Clinton Foundation was engaged in a pay to play scheme.