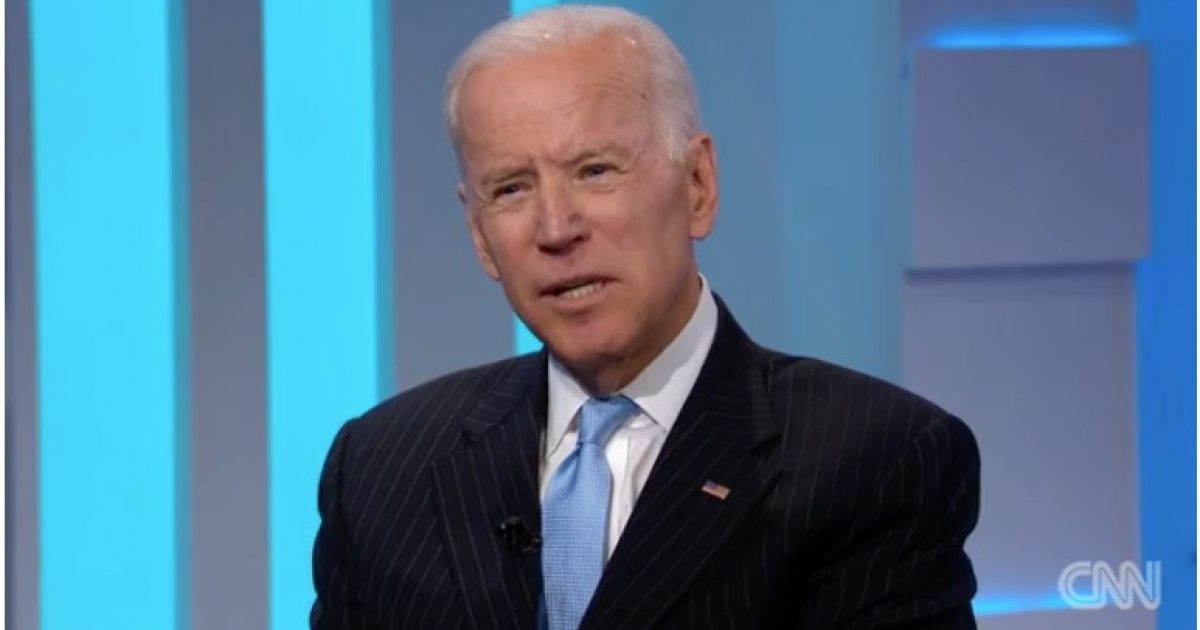 With the 2018 midterm elections approaching, it’s the time in the political calendar for presidential candidates to test the waters for 2020.

It looks like former Vice President Joe Biden is paying close attention to the clock and is gearing up for a run for the Democrat nomination for president to challenge President Trump in 2020.

Former Vice President Joe Biden is tiptoeing toward a potential presidential run in 2020, even broaching the possibility during a recent gathering of longtime foreign policy aides.

Huddled in his newly opened office steps from the U.S. Capitol, Biden began a planning meeting for his new diplomacy center by addressing the elephant in the room. He said he was keeping his 2020 options open, considering it a real possibility. He insisted he had made no decision, and didn’t need to yet, according to five people who either attended the meeting or were briefed on it by those who did.

As the story points out, Biden previously ran for president twice and if elected he would be 78 years old to begin his first-term in the White House.

Biden is also getting a lot of public visibility as a vocal critic of President Trump.

In an interview on CNN, Biden called President Trump a “joke” for comments the president made about Democrats not clapping during the State of the Union speech.

Former Vice President Joe Biden said President Donald Trump is a “joke” in the wake of the President’s remarks that Democrats who didn’t clap for him during his State of the Union address are “treasonous” and “un-American.”

White House press secretary Sarah Sanders attempted to clarify Trump’s comments by telling reporters Tuesday that the President was “clearly joking” at the time.
“Well let me tell you, he’s a joke,” Biden said in an interview later Tuesday with CNN’s Chris Cuomo.

A number of Democrats are contemplating challenging President Trump and Biden’s connection to blue-collar workers and his plain-spoken style could give him an advantage over the other potential candidates.