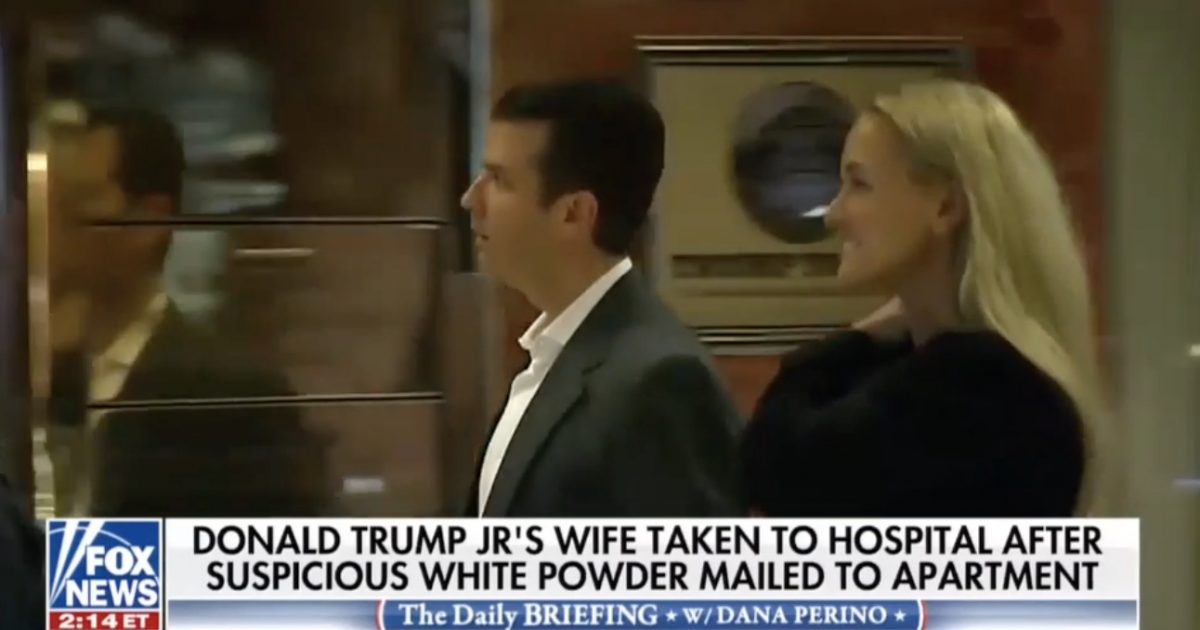 Haters of President Trump and his family have stooped to an all-time low.

A letter, addressed and sent to Donald Trump Jr., contained a suspicious powdery substance and was opened by his wife Vanessa who was rushed to the hospital.

Donald Trump Jr.’s wife was rushed to a Manhattan hospital Monday when she opened an envelope addressed to her husband that had a mysterious white powder inside — which turned out to be cornstarch, law enforcement sources told The Post.

Vanessa Trump opened the envelope — postmarked from Boston — at 10 a.m. at the East 54th Street home of her mother, Bonnie Haydon, in the posh Sutton Place neighborhood, the sources said.

They will stage anything to steal attention from The Obamas, whose portraits are being released today. She isn’t worth harming. #suspicioustiming

The left’s brazen and dangerous behavior towards the president and his family opens the door for more outrageous attacks against the Trump family.