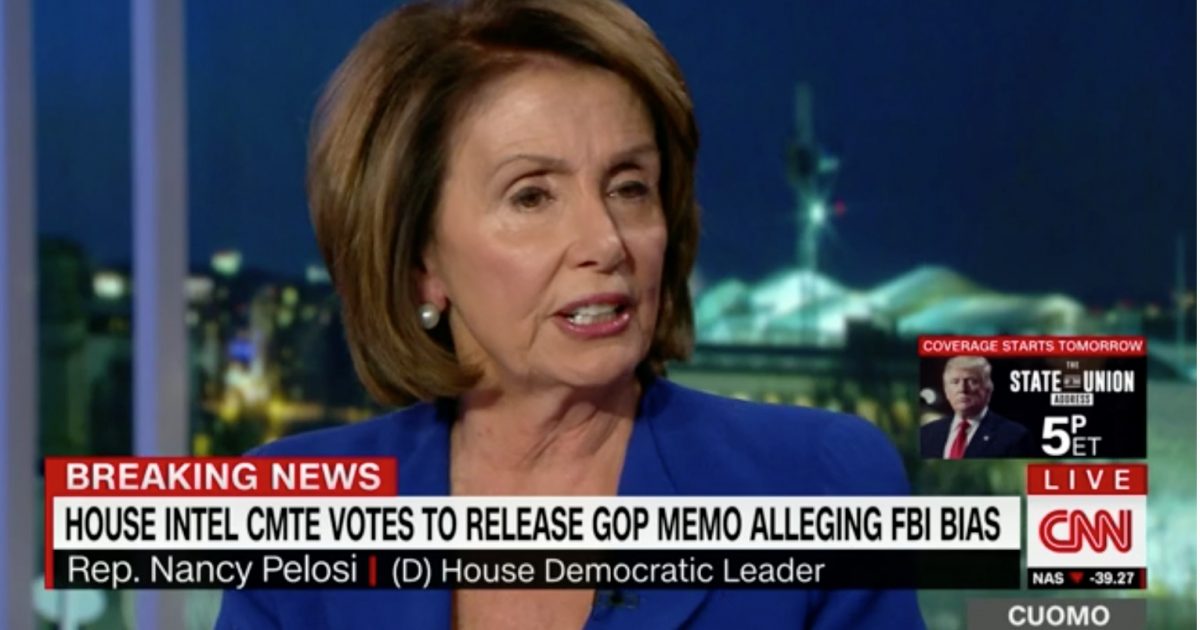 House Minority Leader Nancy Pelosi (D-CA) is freaking out over the release of the House Intelligence Committee FISA abuse memo.

According to news reports, President Trump plans to declassify the memo setting up the document for public release. The timing of the release is uncertain at this point.

Democrats are using all the tools to discredit the memo and Devin Nunes who serves as the Chairman of the Intelligence Committee.

The latest complaint from Democrats was the memo was slightly edited to address concerns from the FBI.

Those objections fueled a new round of partisan recriminations on Thursday, with House Democratic Leader Nancy Pelosi firing off a letter to Speaker Paul Ryan demanding the chairman of that committee, Republican Devin Nunes, be removed.
“Chairman Nunes’ deliberately dishonest actions make him unfit to serve as Chairman, and he must be immediately removed from this position,” she wrote.

Pelosi is not alone.

Ranking Minority member on the Intelligence Committee Adam Schiff is also outraged over minor edits made to the memo.