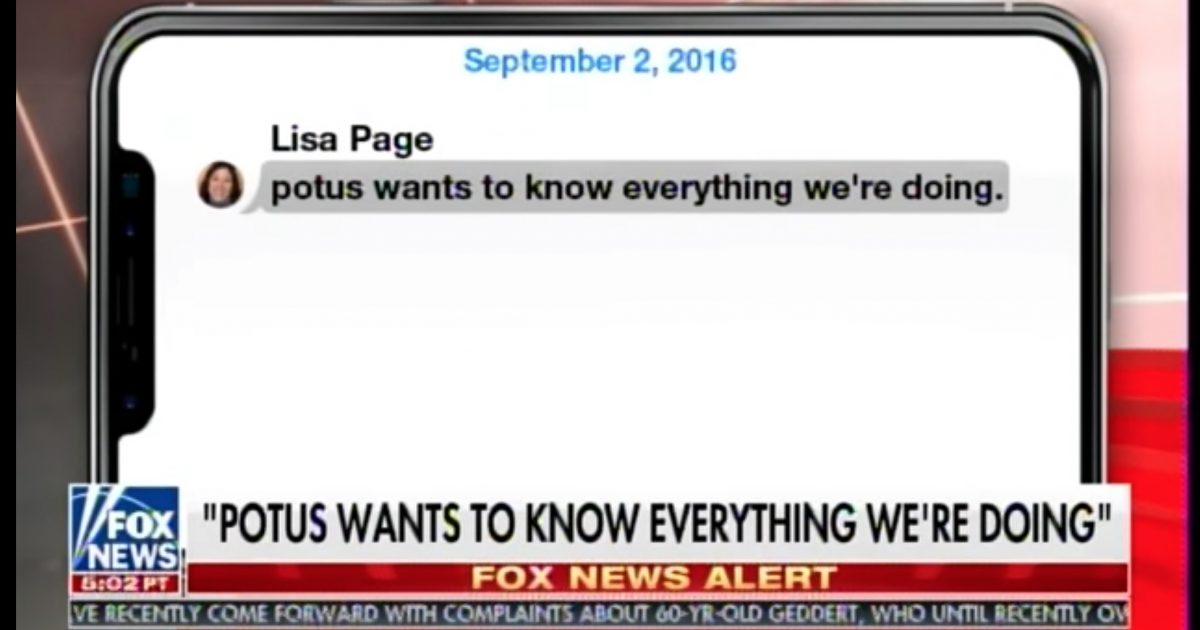 The text, one of the thousands between Strzok and Page, was written on September 2, 2016.

Newly revealed text messages between FBI paramours Peter Strzok and Lisa Page include an exchange about preparing talking points for then-FBI Director James Comey to give to President Obama, who wanted “to know everything we’re doing.”

The message, from Page to Strzok, was among thousands of texts between the lovers reviewed by Fox News. The pair both worked at one point for Special Counsel Robert Mueller’s probe of alleged collusion between the Trump campaign and Russia.

Moreover, this news directly contradicts what Obama told the public. “I do not talk to FBI directors about pending investigations. … I guarantee that there is no political influence in any investigation,” Obama said then, reports the Daily Mail’s David Martosko.

News about Obama wanting updates from Comey on the Clinton email probe is troubling given that he said months earlier that 'I do not talk to FBI directors about pending investigations. … I guarantee that there is no political influence in any investigation.'

As more details emerge, the question remains what did former President Obama know and when did he know it.