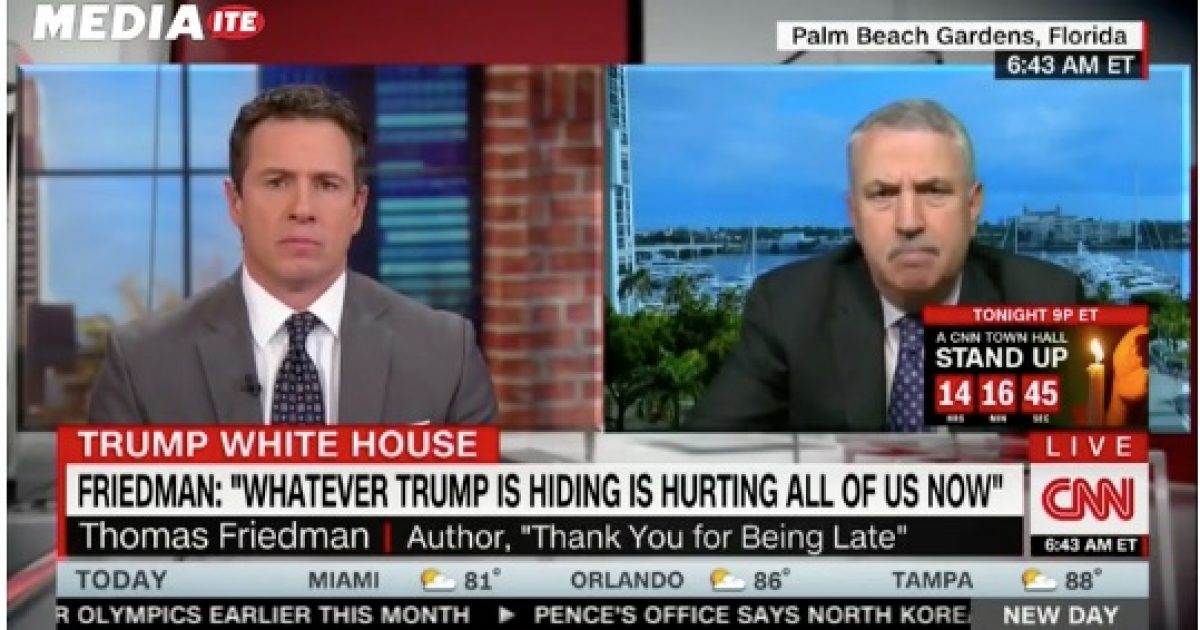 Friedman made wild claims about President Trump regarding Russia.

He outlines a number scenarios where he feels the president was compromised by Russia including past business dealings or sex tapes.

Our democracy is in serious danger.

President Trump is either totally compromised by the Russians or is a towering fool, or both, but either way he has shown himself unwilling or unable to defend America against a Russian campaign to divide and undermine our democracy.

Friedman continued his attack against President Trump during a CNN interview calling the president, “a disturbed person.”

“That is not presidential. That is deeply disturbing behavior,” Friedman asserted. “Our president is a disturbed person.”

As the Russia collusion narrative falls apart, liberal commentators are filling the void with wild accusations.