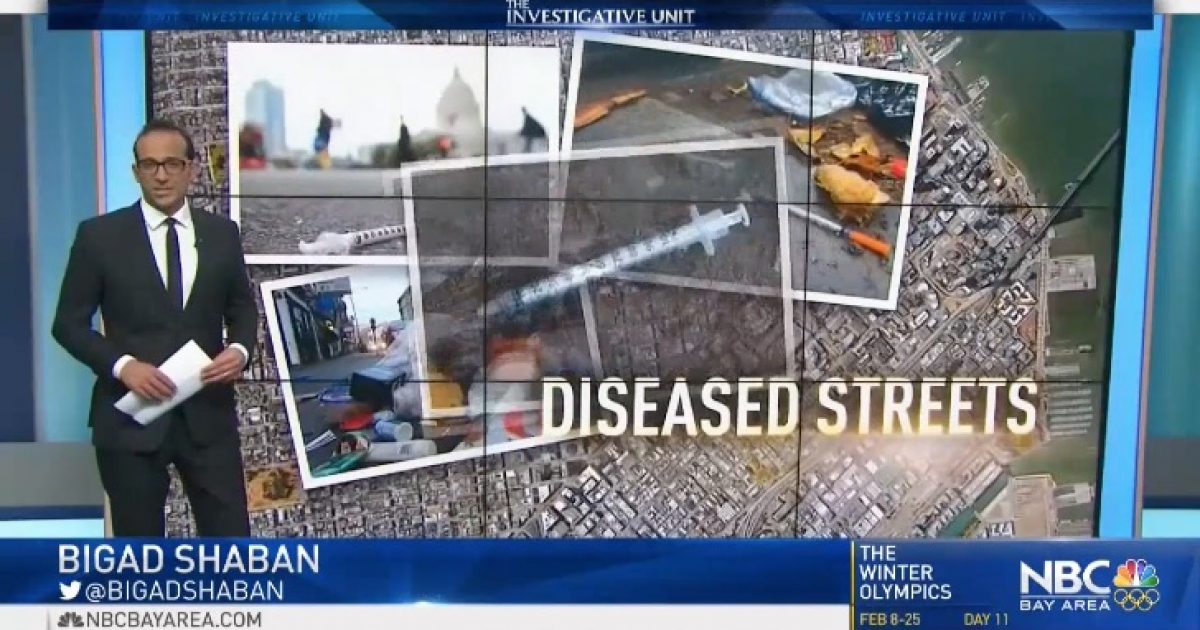 An NBC News investigation of streets in downtown San Francisco found a range of dangerous materials littering these areas.

An NBC Bay Area Investigation reveals a dangerous concoction of drug needles, garbage, and feces lining the streets of downtown San Francisco. The Investigative Unit surveyed more than 150 blocks, including some of the city’s top tourist destinations, and discovered conditions that are now being compared to some of the worst slums in the world.

Since 2013, there has been a significant increase in needles and human waste on the streets.

The story mentions the Public Works Department spends about $30 million just to clean feces and needles from the streets.

The rise in homeless individuals and the lack of shelter for them is considered the root cause of the filth problem in San Francisco.

Cities run by progressive politicians are suffering from a series of problems including crime, violence, and now filth.