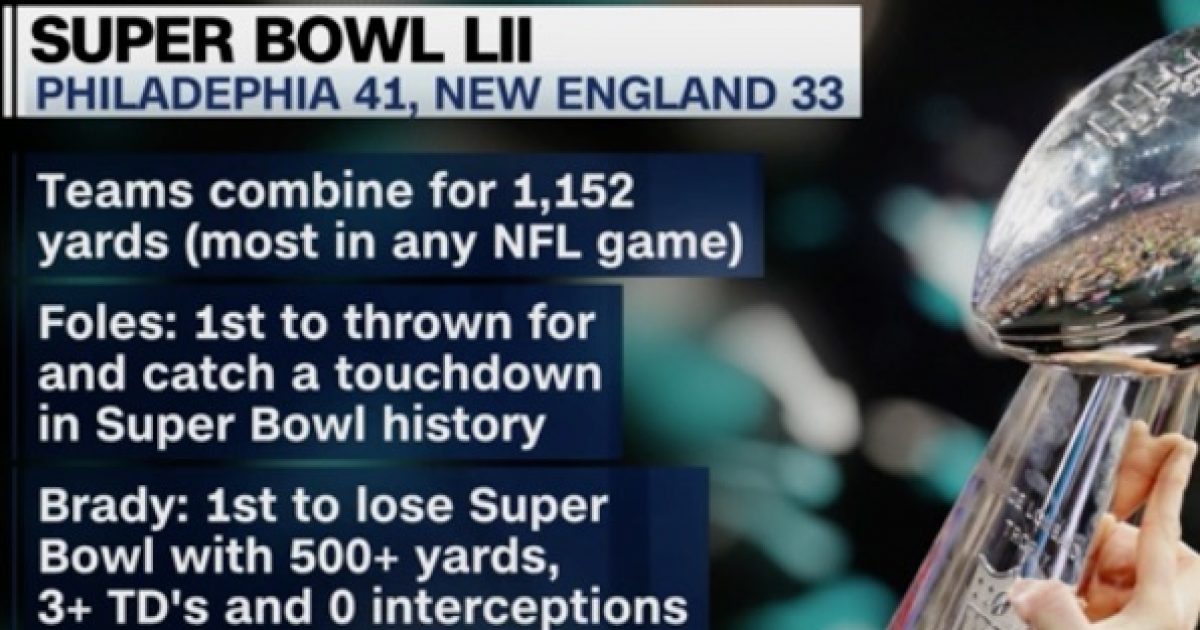 The results are in and it’s not good news for the NFL.

This year’s Super Bowl was the least watched game since 2009.

Just like the Patriots, the ratings also took a beating.

The championship game garnered 103.4 million viewers with viewership down 7 percent from a year ago with the Patriots versus Atlanta Falcons.

In 2009, 98.7 million viewers tuned in to watch the Pittsburgh Steelers defeat the Arizona Cardinals 27-23.

Although President Trump criticized the organization over player protests during the National Anthem throughout the season, the president congratulated the Eagles on their victory in a Tweet:

Congratulations to the Philadelphia Eagles on a great Super Bowl victory!

So far, three Eagles players are not planning to attend a White House event to celebrate the team’s victory.

More player protests is the last thing the NFL needs at this point given all the negative publicity the league got over players kneeling or holding fists up during the National Anthem.