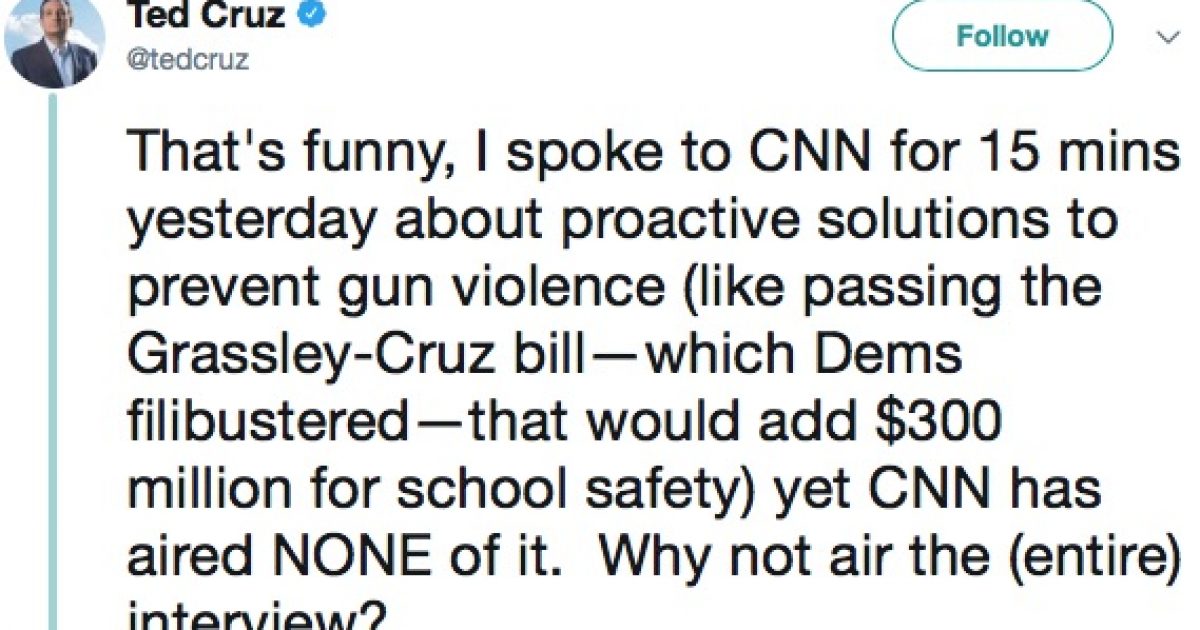 CNN personalities called out Republican politicians for being too afraid to come on the network to discuss the Parkland, Florida shooting at a high school that left 17 dead and others injured.

Florida Governor Rick Scott, Texas Senator Ted Cruz, and Florida Senator Marco Rubio were criticized for not appearing on the network to discuss the shooting and their views on gun control.

CNN was very upset that Republicans were not coming on their programming in the wake of the school shooting tragedy this week.

On Wednesday, a gunman opened fire at Stoneman Douglas High School in Parkland, Florida, killing 17. Brian Stelter — CNN’s human-egg hybrid — personally whined that GOP congressmen were “scared” to come on their programming after the tragedy. “What are they afraid of?” a CNN graphic flashed on “New Day.”

The hosts took to social media to criticize the politicians.

"What are they afraid of?" CNN calling out @FLGovScott, @TedCruz, @MarcoRubio for avoiding interviews pic.twitter.com/cizvTyU5XP

If Cruz thinks gun control improvement is not the answer, what is? Ask the question, Senator: what are we going to do to stop school shootings? Don’t just say what won’t work, work to find an answer! https://t.co/NAmAQOTudu

Despite the criticism, looks like the tv personalities were wrong about Senator Cruz who defended himself in a response to Cuomo’s Tweet:

That's funny, I spoke to CNN for 15 mins yesterday about proactive solutions to prevent gun violence (like passing the Grassley-Cruz bill—which Dems filibustered—that would add $300 million for school safety) yet CNN has aired NONE of it. Why not air the (entire) interview? https://t.co/c4GZcqTbs7