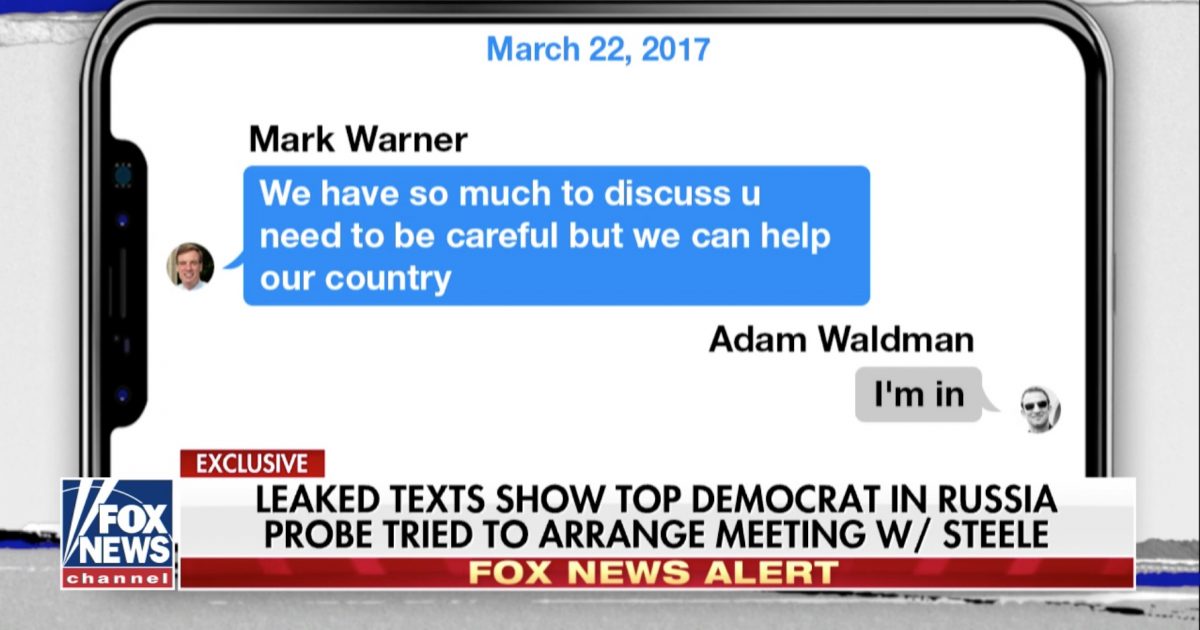 Senator Mark Warner (D-VA) used a lobbyist for Russia to try to set up a meeting with Christopher Steele – the author of the so-called Trump dossier.

The lobbyist claimed he could connect Warner with Steele and the Virginia Senator was very anxious to meet with the former British spy.

Sen. Mark Warner, the top Democrat on the Senate Intelligence Committee who has been leading a congressional investigation into President Trump’s alleged ties to Russia, had extensive contact last year with a lobbyist for a Russian oligarch who was offering Warner access to former British spy and dossier author Christopher Steele, according to text messages obtained exclusively by Fox News.

The story is based on text messages between Warner and Adam Waldman – a lobbyist for Russian billionaire Oleg V. Deripaska.

The text messages reveal Warner wanted to talk with Steele alone without informing other members of the Senate Committee.