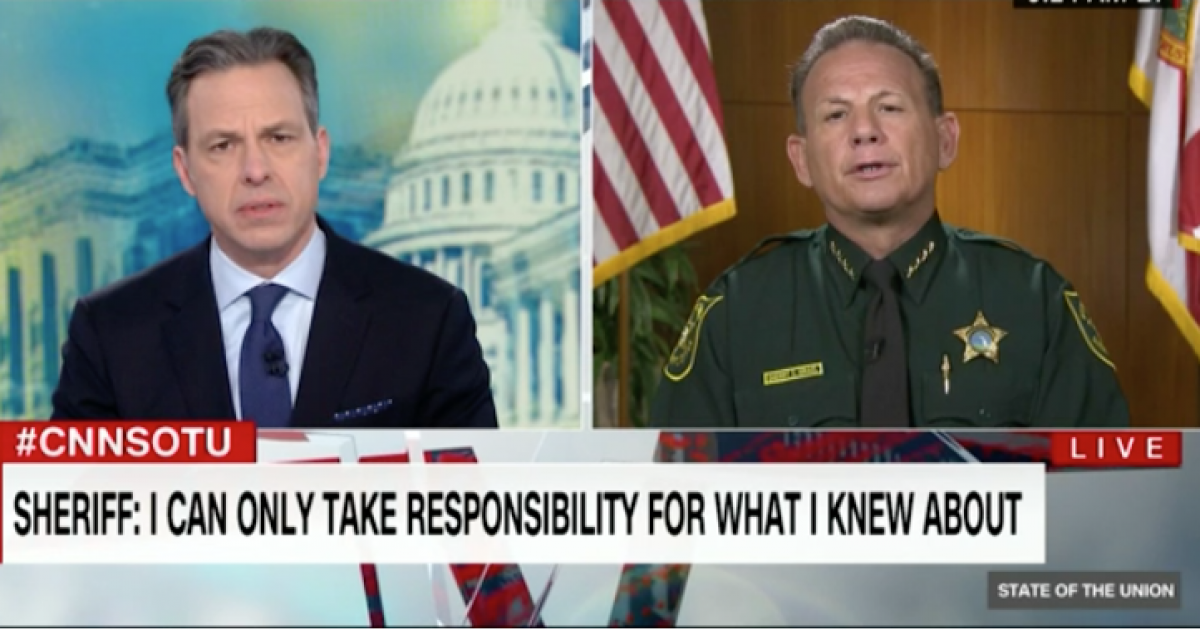 Broward County Sheriff Scott Israel said he has demonstrated “amazing leadership” in an interview on CNN.

The Broward County Sheriff’s Department is being criticized for ignoring tips warning the school shooter was an imminent threat and for a deputy sheriff’s failure to immediately confront Nikolas Cruz.

It’s reported as many as three deputies of the Broward County Sheriff’s Department did not enter the school during the attack.

School Resource Officer Scot Peterson, who was at the school while Cruz was shooting students, resigned from the department.

In all, at least three deputies waited outside, including School Resource Officer Scot Peterson, police sources told the Sun Sentinel.

“Are you really not taking any responsibility for the multiple red flags that were brought to the attention of the Broward Sheriff’s Office about this shooter before the incident?” Tapper asked.

“Jake, I can only take responsibility for what I knew about. I exercised my due diligence. I’ve given amazing leadership to this agency—” Israel started.

In addition to defending his job performance, Israel called for more gun control and attacked the NRA during a CNN town hall on the Florida school shooting.

Broward County Sheriff Scott Israel: "We do need to have some gun control and reform. … Anybody who says different, I don't know about other people, but Emma (Gonzalez) and I — we're calling BS on that" https://t.co/13dzuzJYRm #StudentsStandUp https://t.co/FsdoRCoQNG

By any rational judgment, Israel failed as a leader for his department and describing his performance as “amazing” is beyond outrageous.