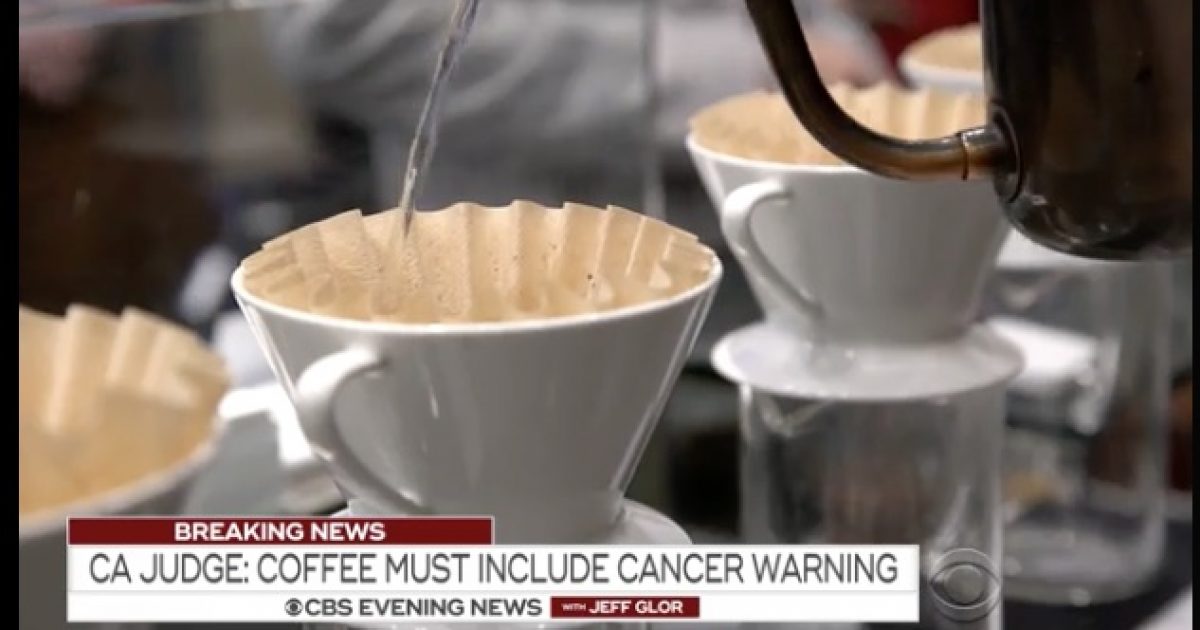 In a recent ruling, a judge in California ruled a health warning for coffee drinkers must be enforced because of a chemical thought to cause cancer is present in the beverage.

A Los Angeles judge has determined that coffee companies must carry an ominous cancer warning label because of a chemical produced in the roasting process.

Superior Court Judge Elihu Berle said Wednesday that Starbucks and other companies failed to show that benefits from drinking coffee outweighed any risks. He ruled in an earlier phase of trial that companies hadn’t shown the threat from the chemical was insignificant.

The lawsuit leveraged the California Safe Drinking Water and Toxic Enforcement Act of 1986 that requires customers must be warned of chemicals that pose health risks.

The chemical acrylamide found in coffee triggered the health warning.

According to the AP story, coffee shops have warnings about acrylamide but in areas that are not easily seen by customers.

Some companies are fighting the ruling which is not yet final while other settled for failing to warn customers.

CBS News reports some companies might have a huge liability for failing to warn customers.

If the ruling stands, it could come with a stiff financial penalty and could rattle consumers beyond state lines.

The judge can set another phase of trial to consider potential civil penalties up to $2,500 per person exposed each day over eight years. That could be an astronomical sum in a state with close to 40 million residents, though such a massive fine is unlikely.

The state worries about the trace amount of chemicals in beverages but protects criminal illegal aliens from federal immigration authorities.