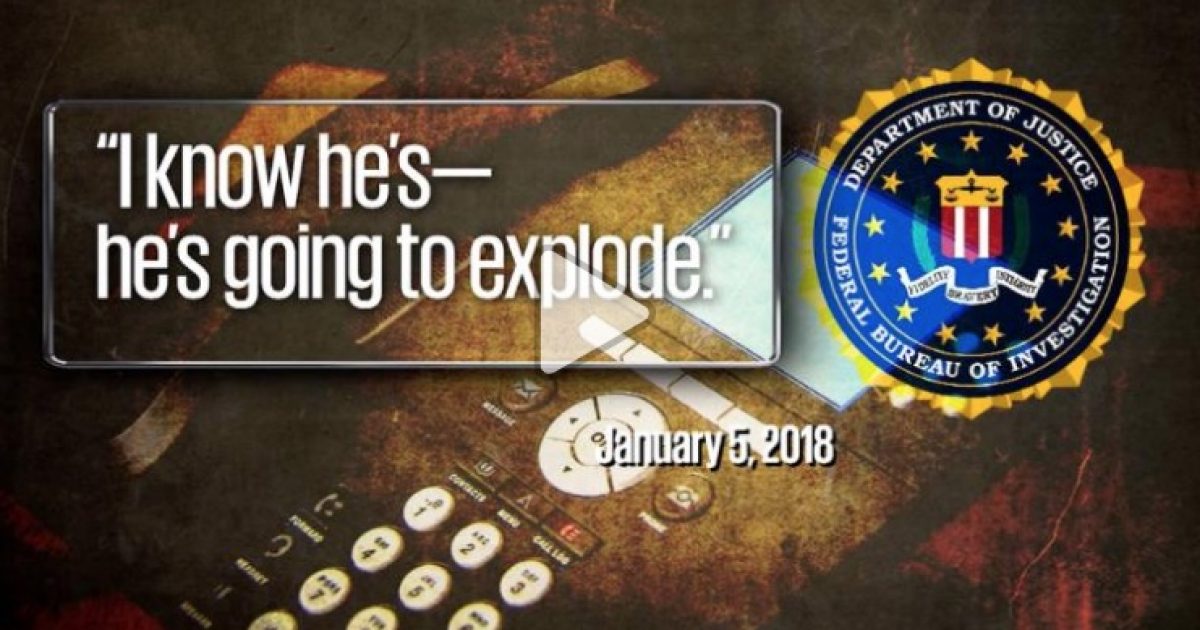 It happened again in Florida.

The failure of high school officials, local police and the FBI to act on reports of a deeply disturbed teen cost another young life. In the early morning of March 12, a 13-year-old boy was stabbed to death while he slept.

Seventeen-year-old Corey Johnson of Jupiter, Florida, was charged with first-degree murder and first-degree attempted murder for killing Jovanni Brand and for stabbing Elaine Simon and her son Dane in their Palm Beach Gardens home.

According to police, Johnson said he killed Brand because of his Muslim faith. Johnson converted to Islam and was radicalized by watching ISIS videos online.

Similar to the Parkland, Florida, Marjory Stoneman Douglas High School shooting suspect Nikolas Cruz, Johnson was on the radar at his school, with local police, and with the FBI for suspicious behavior. The FBI had planned to arrest Johnson but failed to act in time to save Brand.

The stabbing illustrates that the nationwide push for gun control is putting children at greater risk because the media and lawmakers are focused on the wrong issue.

In the wake of the Parkland shooting, the left-wing propaganda complex — Democrat politicians, the left-wing media and activists — drove the anti-gun narrative, making Florida and the nation focus on gun control and the NRA. Under media- and activist-generated pressure, Florida lawmakers panicked and passed a new gun control law.

The feel-good gun law does not solve the problem, because guns and the NRA were not responsible for the Parkland shooting.

A mentally deranged young man was the culprit. Watchdog institutions failed to protect students. But the anti-gun frenzy ignited by the left-wing propaganda complex distracted the public’s attention from the root cause of the high school shooting. And the inability to identify and address the real sources of the Parkland shooting resulted in another atrocious killing committed by another disturbed teen.

If law enforcement felt the public pressure it deserved after failing to apprehend Cruz, it is conceivable that Johnson could have been arrested before the stabbings.

Having dropped the ball with Cruz, it’s unimaginable that schools, local police, and the FBI were not urgently combing their files, searching for teens with records of threatening behavior, to flag immediate action. Yet the unimaginable incompetence of law enforcement, led by the FBI, resulted in another unimaginable murder.

Similar to Cruz, Johnson had a long record of disturbing behavior, ranging from harassing a female middle school student on social media to anti-gay and anti-Semitic comments, prompting an investigation by Palm Beach County school police. Johnson’s sister also told school officials about her brother’s interest in white supremacy and his violent nature.

In late 2016, Johnson sparked an international incident when he made threats on Instagram against McAuley Catholic High School in England. Johnson posted, “We have our sights set on you, and by Allah we will kill every single infidel student at this school #McAuleySchoolMassacre.” In early 2017, there was a meeting at Johnson’s high school in which school authorities, local law enforcement and the FBI discussed his online activity and his possible interest in joining ISIS.

The FBI chose not to pursue legal action but instead “believed a redirection approach would be the most beneficial regarding his conduct.”

According to the Palm Beach Post, on February 22, the assistant U.S. attorney decided that Johnson could be arrested after getting information from British authorities and meeting with Jupiter police and the FBI. But with no sense of urgency, law enforcement sat on their hands, allowing Johnson the freedom to allegedly stab and cut the throat of a sleeping teen on his birthday.

In an alternate world, just imagine the positive impact if students and lawmakers around the country were protesting the local police departments and FBI for abject failure. The immense pressure would push law enforcement to act on all looming threats.

Our nation and children are less safe because Democrats, the liberal media, and activists put politics and their anti-gun agenda before the truth.