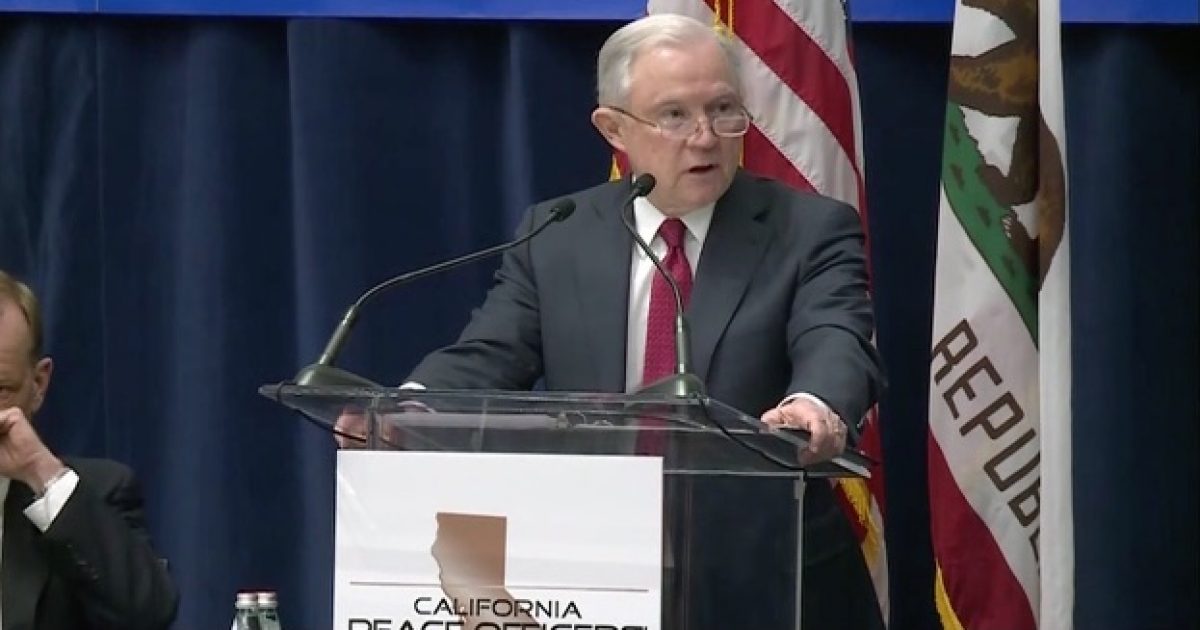 The Department of Justice is taking action against California over its role in blocking implementation of federal immigration policies.

President Trump wants to take action against illegal aliens but California is taking a stand with sanctuary city laws that protect individuals who are in the U.S. illegally.

“The Department of Justice and the Trump Administration are going to fight these unjust, unfair, and unconstitutional policies,” Attorney General Jeff Sessions was expected to tell California law enforcement officers on Wednesday. “We are fighting to make your jobs safer and to help you reduce crime in America.”

Tensions between California and federal immigration authorities recently escalated when the Mayor of Oakland, California, warned the city about an upcoming raid by Immigration and Customs Enforcement agents (ICE).

“The mayor of Oakland has been actively seeking to help illegal aliens avoid apprehension by ICE,” he said. “Her actions support those who flaunt the law and boldly validates illegality. There is no other way to interpret those remarks. To make matters worse, the elected Lt. Gov. of the state (Gavin Newsom) praised her for doing so.”

At a time of unprecedented political turmoil, Jeff Sessions has come to California to further divide and polarize America. Jeff, these political stunts may be the norm in Washington, but they don’t work here. SAD!!!