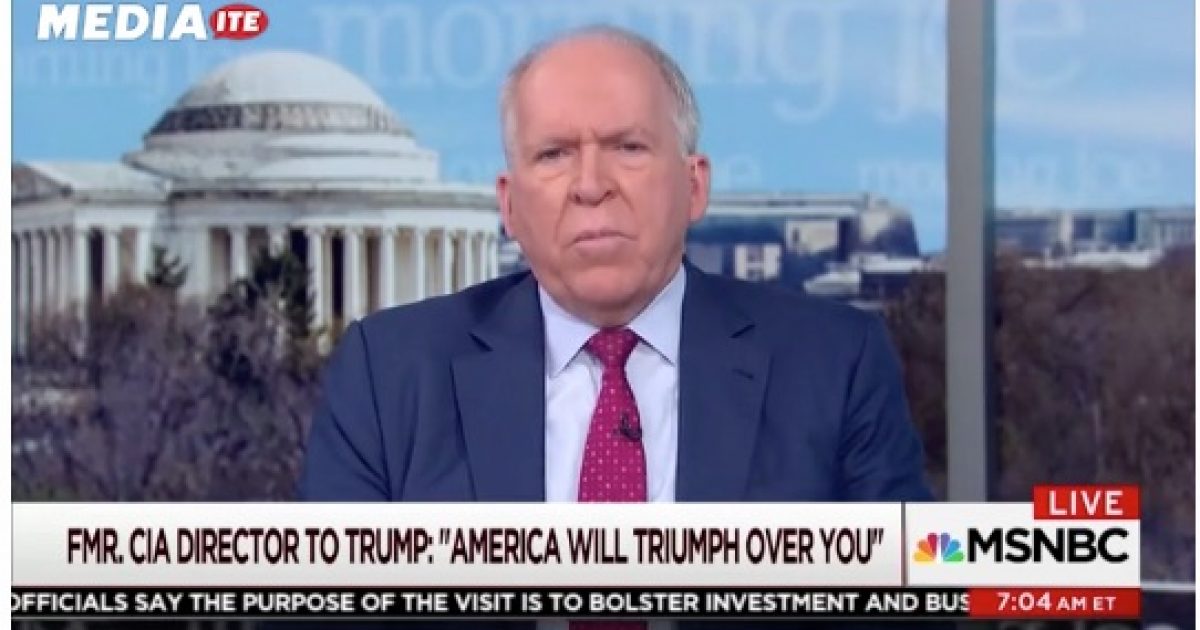 Brennan continued to attack President Trump after the president congratulated Vladimir Putin on his reelection victory.

During an interview on MSNBC, Brennan said President Trump made the congratulatory call because the president is afraid of Putin.

“I think he is afraid of the Russian president. They may have something on him personally that they can always roll out and make his life more difficult. Clearly I think it’s important for us to improve relations with Russia, but the fact that he has had this fawning attitude toward Mr. Putin, not said anything negative about him, I think continues to say to me that he does have something to fear and something very serious to fear.”

Brennan should be reminded of former President Obama’s congratulatory phone call to Putin for winning his third election in 2012.

“President Obama called Russian President-elect and Prime Minister Putin to congratulate him on his recent victory in the Russian Presidential election,” the Obama White House said in a statement late that Friday. “President Obama highlighted achievements in U.S.-Russia relations over the past three years with President Medvedev, including cooperation on Afghanistan, the conclusion and ratification of the START agreement, Russia’s recent invitation to join the World Trade Organization (WTO) and cooperation on Iran. President Obama and President-Elect Putin agreed that the successful reset in relations should be built upon during the coming years.”

It’s irresponsible for Brennan, especially since he ran the CIA, to suggest Putin can blackmail the president.

The more Brennan speaks the more he reminds the public of the Deep State.