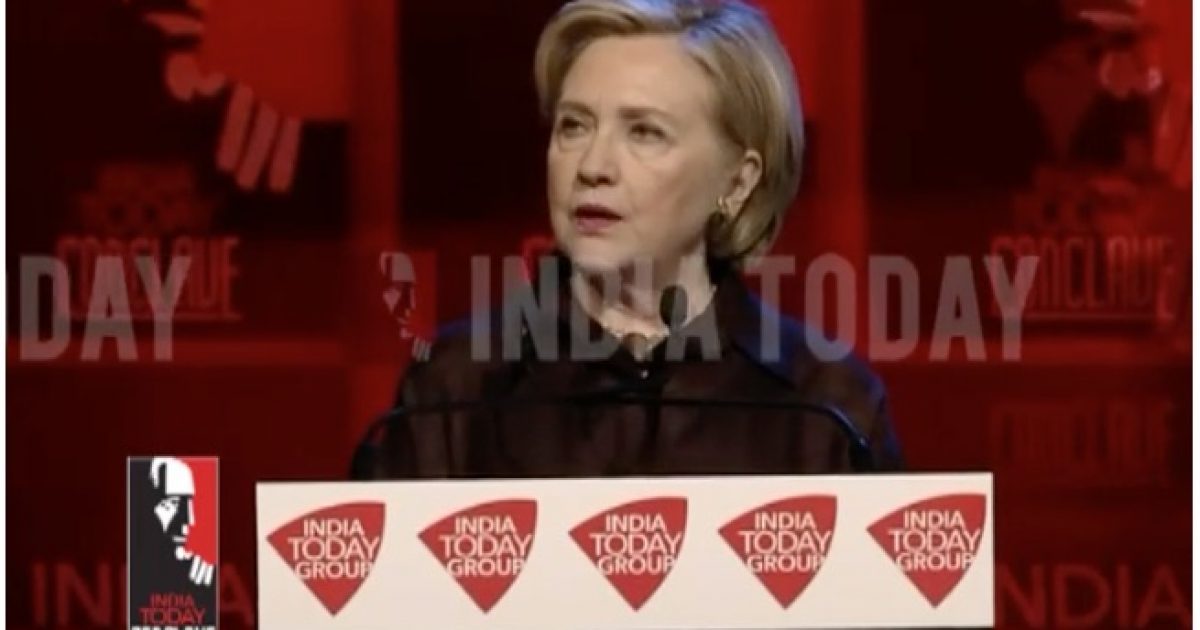 Hillary Clinton is blaming men for her loss to President Trump.

During a speech in India, Clinton tried to explain why 52 percent of white women voted for candidate Trump.

“We do not do well with white men and we don’t do well with married, white women,” Clinton said at a conference in Mumbai, India. “And part of that is an identification with the Republican Party, and a sort of ongoing pressure to vote the way that your husband, your boss, your son, whoever, believes you should.”

Clinton also reiterated her disdain for Americans living in red states which mimicked her “deplorable” remarks during the campaign.