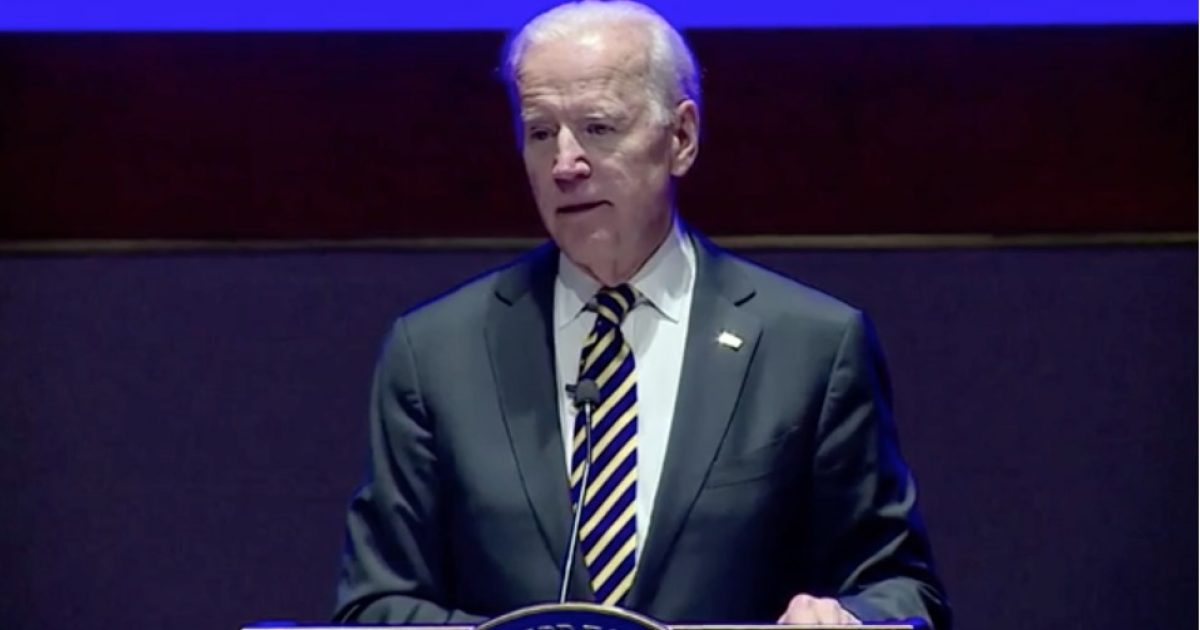 Speaking to University of Miami College Democrats, Biden claims he would have physically challenged President Trump if they were in high school together.

“When a guy who ended up becoming our national leader said, ‘I can grab a woman anywhere and she likes it’ and then said, ‘I made a mistake,’” Biden said Tuesday. “They asked me would I like to debate this gentleman, and I said no. I said, ‘If we were in high school, I’d take him behind the gym and beat the hell out of him.’”

Crazy Joe Biden is trying to act like a tough guy. Actually, he is weak, both mentally and physically, and yet he threatens me, for the second time, with physical assault. He doesn’t know me, but he would go down fast and hard, crying all the way. Don’t threaten people Joe!

Of interest, an analysis of public opinon polls by CNN found that Biden is the most popular Democrat to challenge President Trump in 2020.

In an average of national polls taken this year, he’s polling at 27% among a field of potential Democratic contenders in 2020. The only person close to him is Sen. Bernie Sanders who is at 21%. Sanders is earning far below the 43% he won in the 2016 primary. Biden, meanwhile, is earning far higher than 0.2% he took in 2008. No one else comes close to either candidate.

The rhetoric against President Trump from Democrats is becoming increasingly hostile.

Absent of ideas to help the U.S., Democrats continue to focus on personal attacks and not on policy matters.