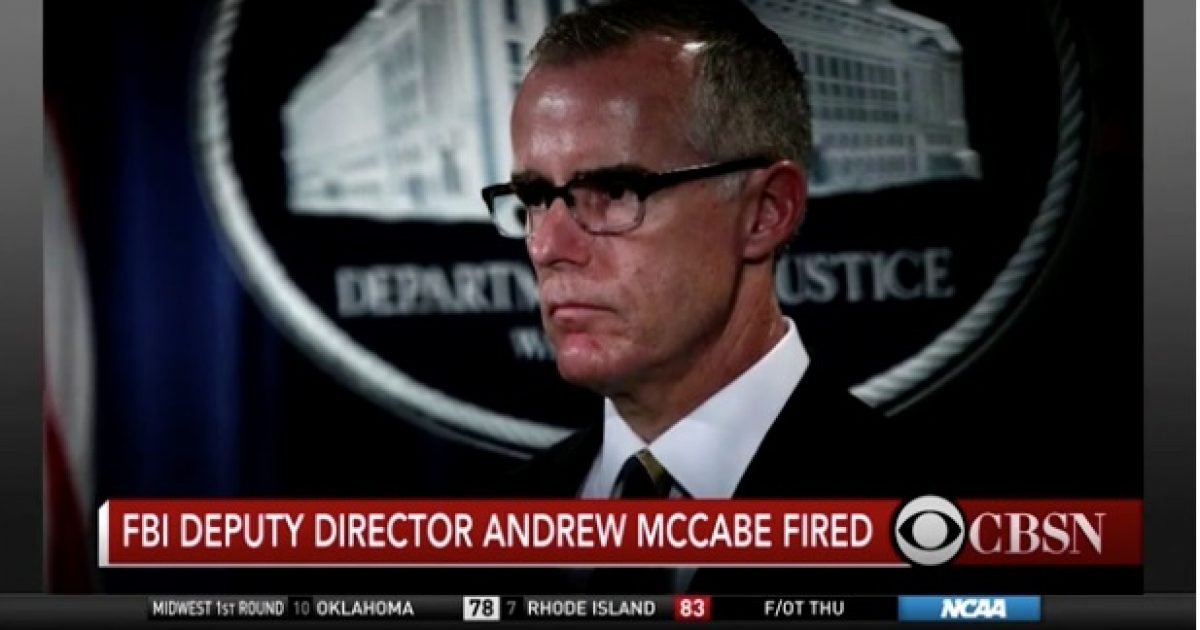 Former FBI Deputy Director Andrew McCabe will not get a pension because Attorney General Jeff Sessions fired him before his retirement date.

Sessions based his decision on the recommendation from the FBI’s Office of Professional Responsibility.

Sessions announced the decision in a statement just before 10 p.m., noting that both the Justice Department inspector general and the FBI office that handles discipline had found “that Mr. McCabe had made an unauthorized disclosure to the news media and lacked candor — including under oath — on multiple occasions.”

McCabe took an aggressive stance in a statement following his firing:

“This attack on my credibility is one part of a larger effort not just to slander me personally, but to taint the FBI, law enforcement, and intelligence professionals more generally. It is part of this Administration’s ongoing war on the FBI and the efforts of the Special Counsel investigation, which continue to this day. Their persistence in this campaign only highlights the importance of the Special Counsel’s work.”

McCabe was at the center of the FBI’s investigation of Hillary Clinton’s emails and was involved in obtaining the FISA warrant of Carter Page.

Many expect more information to come out about McCabe that will put him in legal trouble.

Andrew McCabe FIRED, a great day for the hard working men and women of the FBI – A great day for Democracy. Sanctimonious James Comey was his boss and made McCabe look like a choirboy. He knew all about the lies and corruption going on at the highest levels of the FBI!