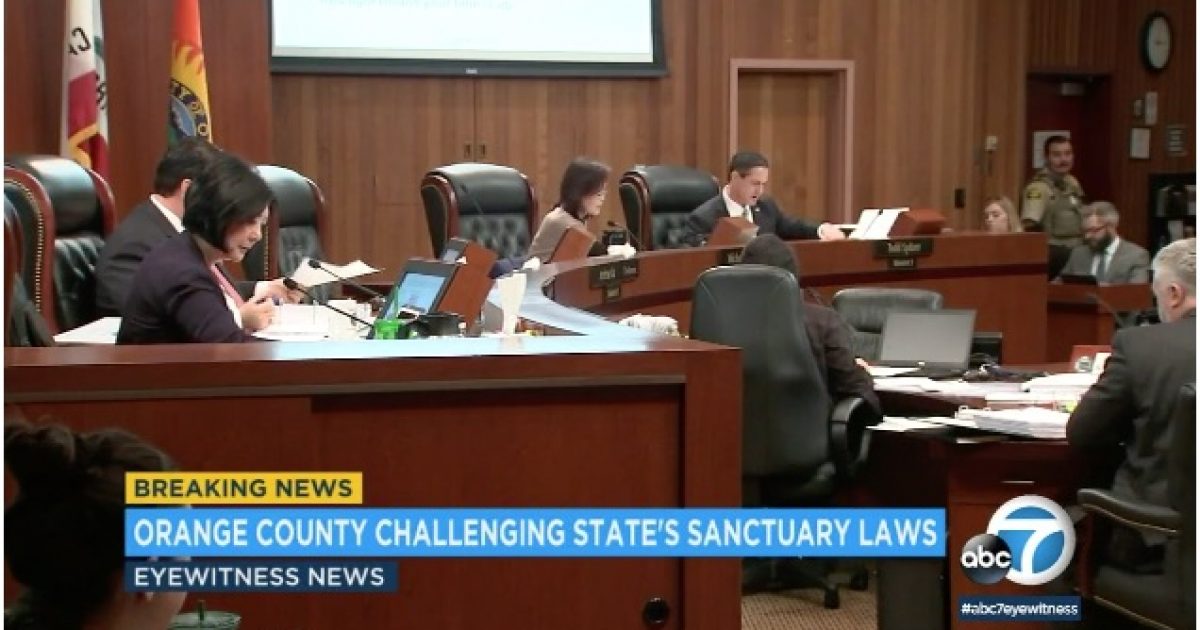 There is a revolt against California’s sanctuary law.

It started when Los Alamitos, a city in Orange County, California, voted to avoid enforcement of the state’s sanctuary law.

The Orange County Sheriff’s Department on Monday made the release dates of jail inmates — including those in the country illegally — publicly available online, marking the latest local revolt against California’s so-called sanctuary laws.

According to the story, 172 inmates were released due to the California law that prevented law enforcement from informing federal immigration authorities. Some of the released were charged with serious crimes including, “domestic violence, theft, multiple DUIs and criminal threats.”

My Administration stands in solidarity with the brave citizens in Orange County defending their rights against California's illegal and unconstitutional Sanctuary policies. California's Sanctuary laws….

In addition, the Orange County Board of Supervisors slammed California’s sanctuary law and joined the federal lawsuit against the state law in a vote.

The board held a closed-door meeting on whether to join the government’s lawsuit against the state over the law, which bars police in many cases from turning over suspects to federal immigration agents for deportation.

The board voted 4-0 to pass a resolution that blasts the state’s sanctuary law.

It’s outrageous California is willing to put criminals on the street but the good news is some state authorities are rebelling by putting safety before twisted left-wing politics.