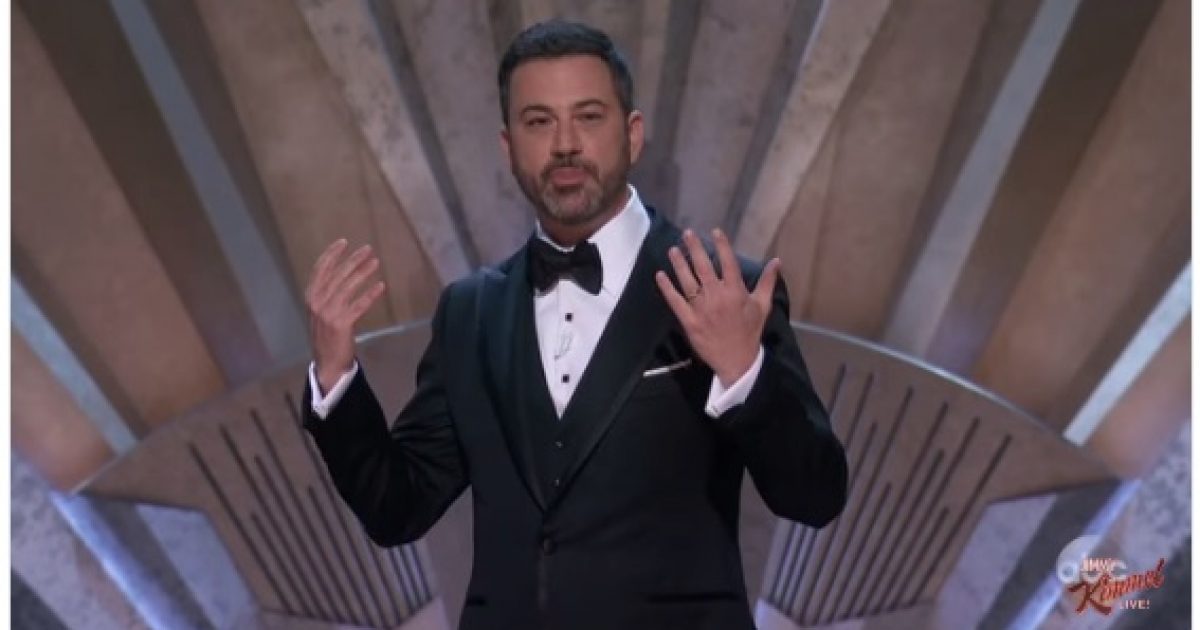 During his opening remarks, Kimmel claimed countries around the world hate the U.S. because of President Trump.

He also made several jokes in his monologue about the political climate in Donald Trump’s presidency. “This broadcast is being watched live by millions of Americans and around the world in more than 225 countries that now hate us,” he joked at the top of the show. “And I think that is an amazing thing.”

“I want to say thank you to President Trump,” he added. “Remember last year when it seemed like the Oscars were racist? It’s gone, thanks to him!”

The Oscar host joked the gay film, “Call Me By Your Name,” was made “to upset Mike Pence.”

Kimmel also joked about the age of Fox News viewers comparing the age of the award statue at 90 years to the cable network viewers.

Finally, Kimmel encouraged the Oscar winners to express political views including the Parkland, Flordia, school shooting and the #metoo movement.