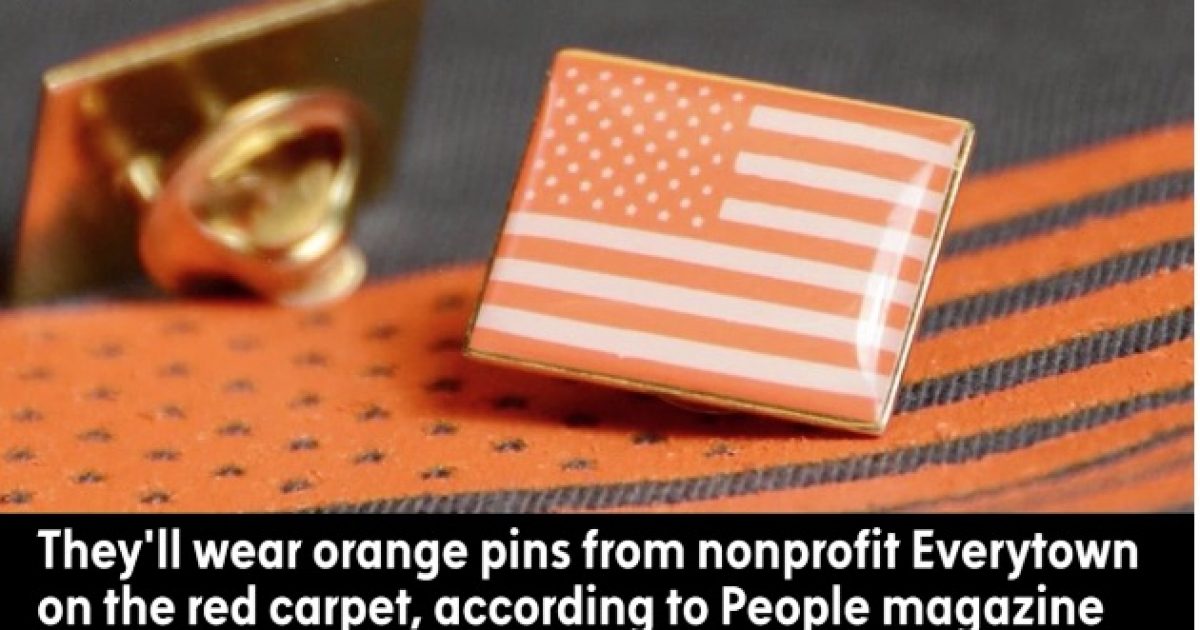 The Academy Awards is gearing up for gun control advocacy.

Hollywood is always ready to jump on the social cause of the day and gun control will likely be a main theme during the awards ceremony.

A stylist source confirms to PEOPLE that some Oscar attendees will be donning Wear Orange to Prevent Gun Violence pins from the advocacy group Everytown for Gun Safety in an effort to raise awareness about gun safety. This move comes just two weeks after 17 students at Marjory Stoneman Douglas High School in Parkland, Florida, were killed on Feb. 14 by a former student. The pins, which have just been re-stocked on Everytown’s website, cost $15 for a pack of three.

Everytown is an anti-gun violence advocacy group that pushes a gun control agenda and the organization sells the orange pins the Acadamey Awards attendees will be wearing.

ABC News reports it’s unclear if the pins sold by Everytown will be worn or another orange pin.

Orange is the unofficial color that has come to be associated with various gun-control causes. Everytown sells orange American flag pins on its website, but it’s not immediately clear if those are the exact pins that will be worn during the demonstration.

Cruz mentioned Hollywood stars have armed guards protecting them and many generate huge sums of money from gun violence in movies.