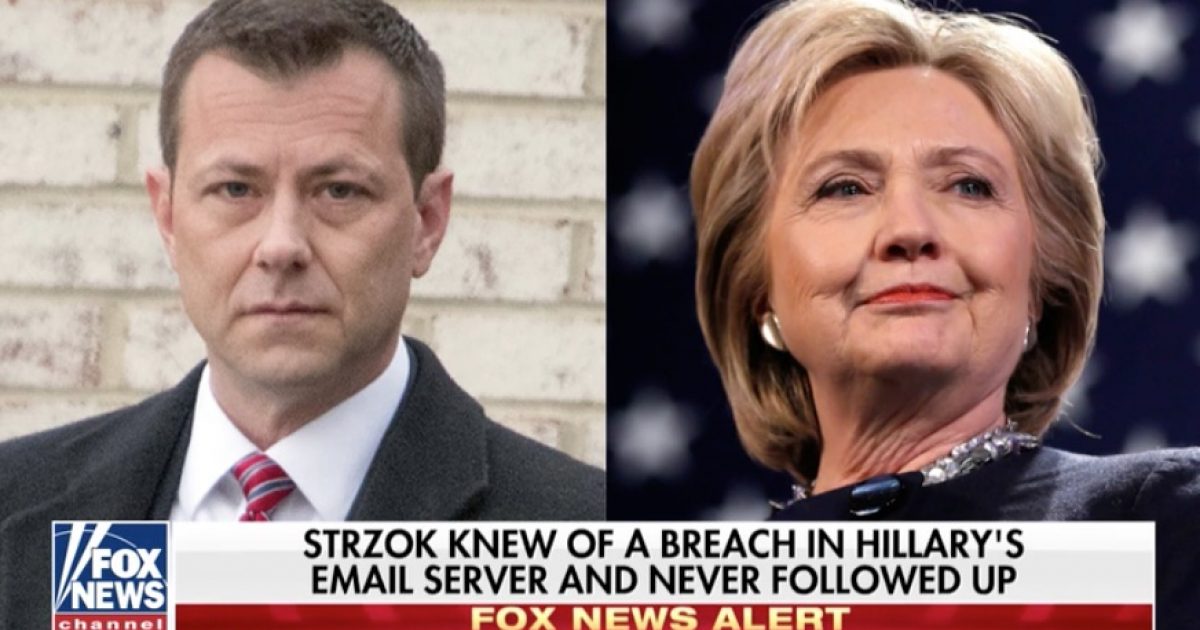 Sources familiar with the FBI investigation of Hillary Clinton’s private email server reveal there was a possible breach, however, there was no follow up on the matter.

FBI agent Peter Strozk was informed of the possible breach but did not comply with the intelligence community guidelines to conduct a damage assessment.

During the final months of the Clinton email investigation, FBI agent Peter Strzok was advised of an irregularity in the metadata of Hillary Clinton’s server that suggested a possible breach, but there was no significant follow up, according to two sources with knowledge of the matter.

One source said: “Nothing happened.”

According to intelligence community directive 732, damage assessments are done “in response to unauthorized disclosure or compromise of classified national intelligence.”

Intelligence beyond top secret was identified on the Clinton server. As secretary of state, Clinton chose to use a private, non-secure server for government business.

Strozk was removed from Special Counsel Robert Mueller’s investigation when it was discovered he sent anti-Trump text messages to FBI attorney Lisa Page.