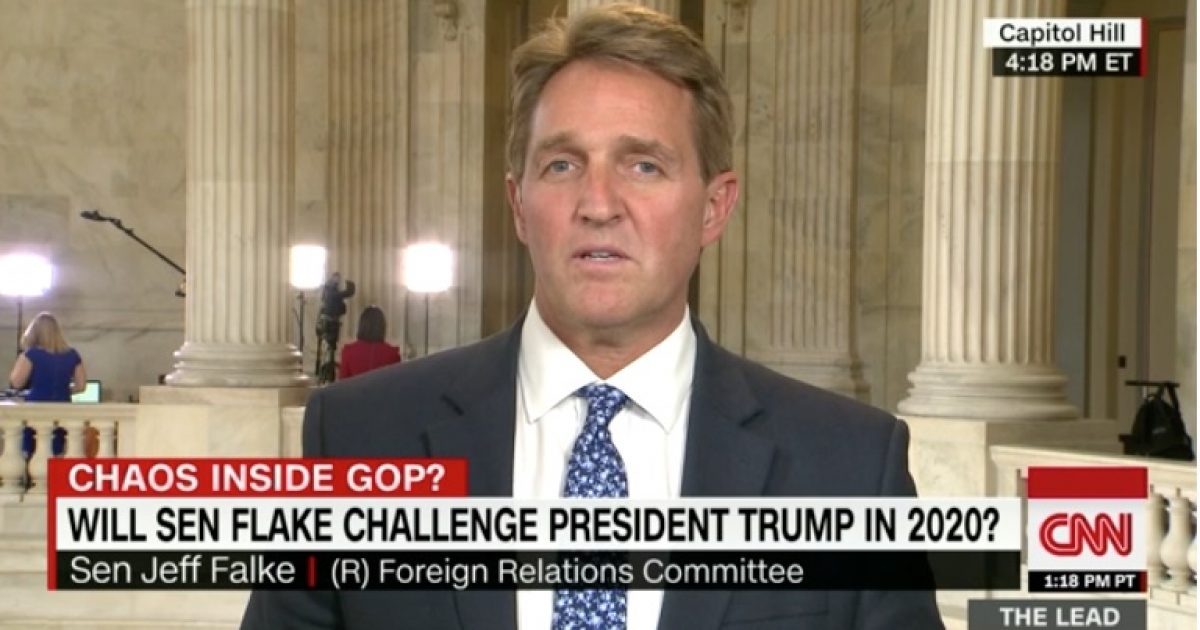 It’s no secret Republican Arizona Senator Jeff Flake is not a fan of President Trump but it looks like Flake might put words into action.

Flake made a trip to New Hampshire, an early Republican presidential primary state, to criticize the president in a speech.

Jeff Flake has a direct message for the Republicans of New Hampshire: Someone needs to stop Donald Trump. And Flake, a Republican senator from Arizona, may stand up against the Republican president in 2020 — either as a Republican or an independent — if no one else does.

“It has not been in my plans to run for president, but I have not ruled it out,” the 55-year-old Republican said Friday in his first solo political appearance in New Hampshire. The state is expected to host the nation’s first presidential primary election in less than two years.

The story notes challenging an incumbent is a very long-shot but Flake is liked by billionaire Mark Cuban who is a frequent critic of President Trump.

Flake also slammed fellow Republicans saying the GOP “might not deserve to lead.”

It seems like Flake wants to solidify his role as one of the leading Republican critics of the president. Being a critic is one thing but running against President Trump in a GOP primary is another matter.

Importantly, Flake is not running for re-election in Arizona because he’s not popular with his constituents.

If Flake doesn’t have support in his home state, how can he generate backing to challenge President Trump?