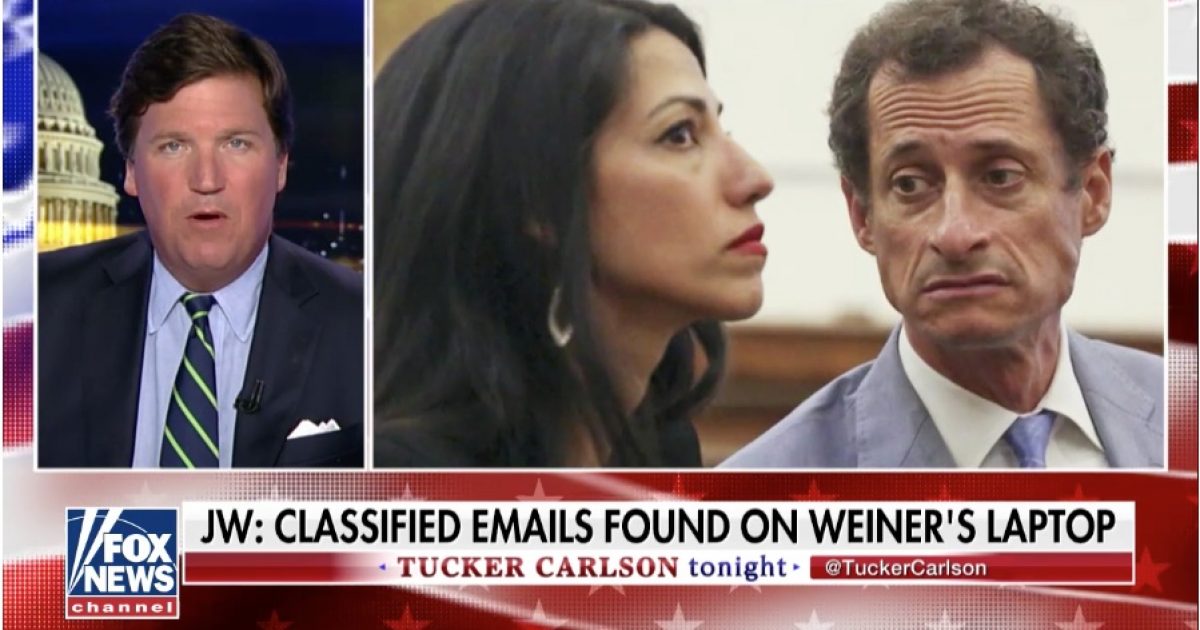 The FBI was aware thousands of Hillary Clinton’s State Department emails were on a laptop shared by Anthony Weiner and his wife Huma Abedin but the agency did not disclose the finding for a month.

In late September 2016, the FBI had knowledge stemming from an investigation of Weiner’s online relationship with a minor but former Attorney General James Comey waited until October to inform Congress the agency was reopening Clinton’s email investigation.

The messages, first reported by The Wall Street Journal in late January, indicate that top bureau officials were aware of the discovery of thousands of emails from Weiner well before the FBI sought a search warrant in late October, and effectively revived the Clinton probe right before the election.

Text messages between FBI agent Peter Strozk and FBI lawyer Lisa Page shed light on the way the agency was dealing with the finding of government emails on Weiner’s laptop.