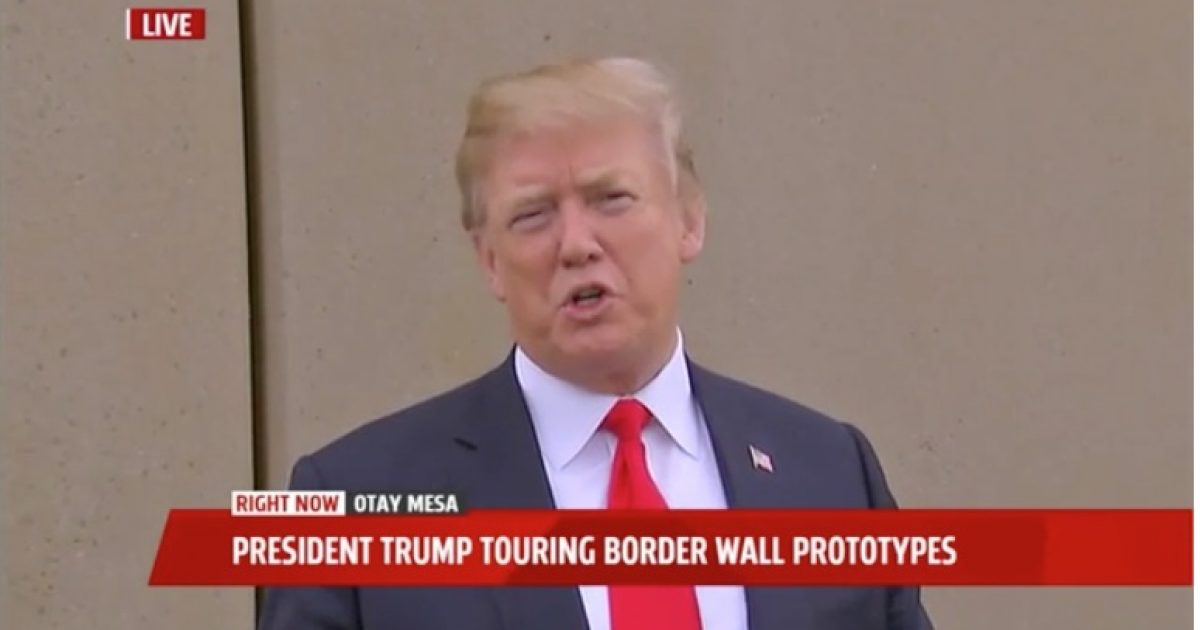 President Trump traveled to California to review the prototypes for the border wall with Mexico.

During his trip, the president made very critical remarks about Democrat California Governor Jerry Brown including the high taxes in the state and his support of sanctuary cities.

“I think Governor Brown has done a very poor job running California,” Trump told reporters after touring border wall prototypes in Otay Mesa. “They have the highest taxes in the United States. The place is totally out of control.

“You have sanctuary cities where you have criminals living in the sanctuary cities and then the mayor of Oakland goes out and notifies when ICE (Immigration and Customs Enforcement) is going in to pick them up,” he said. “And many of them were criminals with criminal records and very dangerous people … And no, I think the governor’s doing a terrible job running the state of California.”

Before the trip, Governor Brown wrote a letter to President Trump emphasizing California’s growing economy and the importance of immigrants.