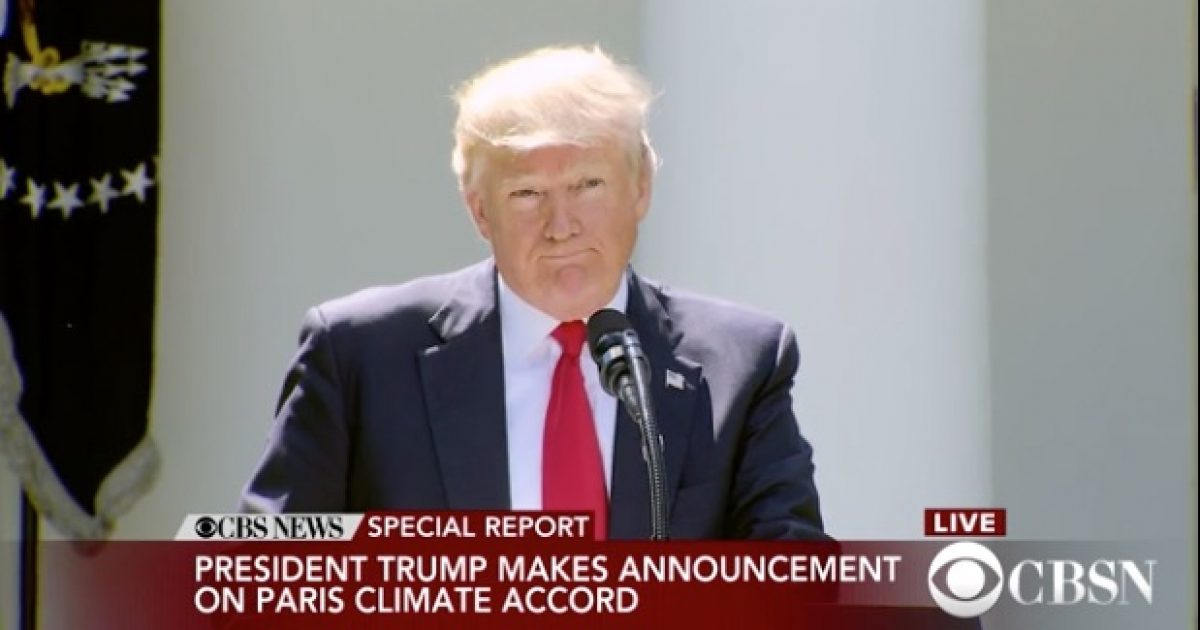 Remember the pushback President Trump received when he decided to pull the U.S. out of the Paris Climate Change agreement?

CEOs criticized President Trump as did countries, including France and Germany that remained committed to the international agreement.

President Trump made the right call.

Based on a story in New York Magazine, none of the major carbon dioxide emitting countries are meeting the reduction targets they agreed to in the United Nations-led effort.

This week, the International Energy Agency announced that carbon emissions grew 1.7 percent in 2017, after an ambiguous couple of years optimists hoped represented a leveling off, or peak; instead, we’re climbing again. Even before the new spike, not a single major industrial nation was on track to fulfill the commitments it made in the Paris treaty.

For background information on the Paris agreement and President Trump’s decision, read “Paris climate agreement: What you need to know,” from CBS News.

Keeping America first is working out for President Trump and Americans.