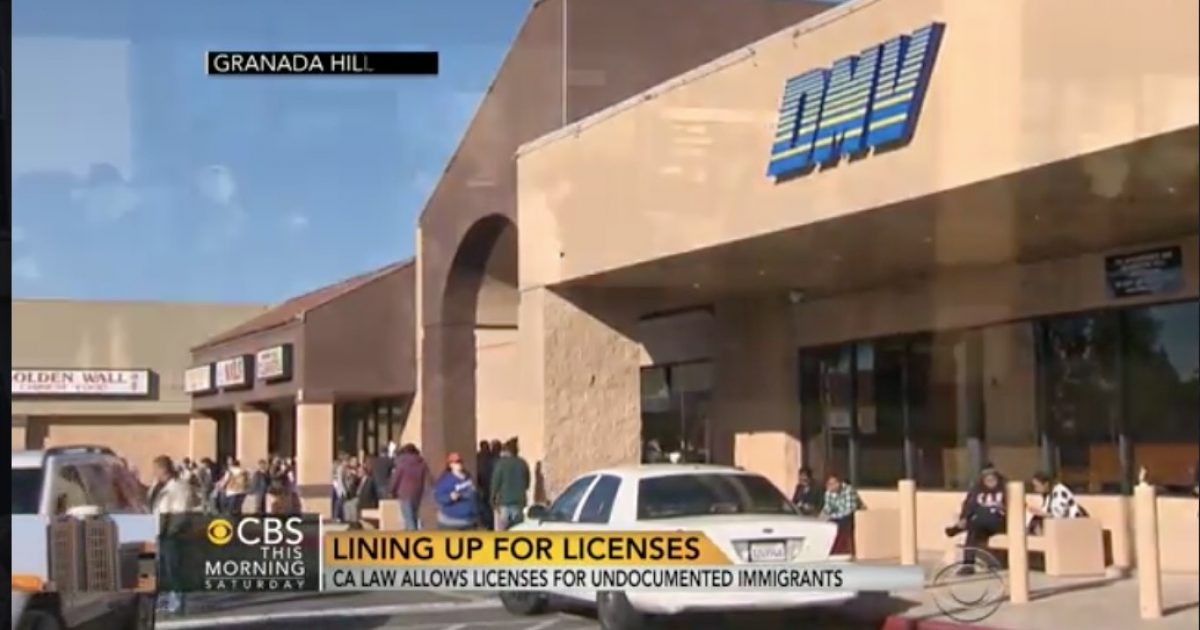 California allowed over one million illegal aliens to get driver’s licenses since the passage of AB 60, “The Safe and Responsible Drivers Act.”

More than one million undocumented immigrants have obtained driver’s licenses under a historic state law known as AB 60, marking a significant milestone for advocates who say it’s improved road safety across California and has allowed immigrants to get behind the wheel — to get to work and grocery store — without fear.

The DMV has issued 1,001,000 driver’s licenses since the law’s inception in January 2015, according to the state’s most recent data.

California is not alone in granting illegal aliens the right to drive.

According to Fox News, almost a dozen states allow the same practice.

Eleven other states — Colorado, Hawaii, Vermont, New Mexico, Maryland, Illinois, Delaware, Washington, Nevada, Connecticut and Washington, D.C. — also allow those without legal U.S. citizenship to apply for licenses if they can provide specific documentation, “such as a foreign birth certificate, a foreign passport, or a consular card and evidence of current residency in the state.”

California claims the law made their state roads safer.

CBS News reported on the law when it became effective in 2015.

It’s wrong to grant illegal aliens the right to drive since it gives these individuals the same rights as citizens.

Moreover, they can use the driver’s licenses as identification to vote illegally.