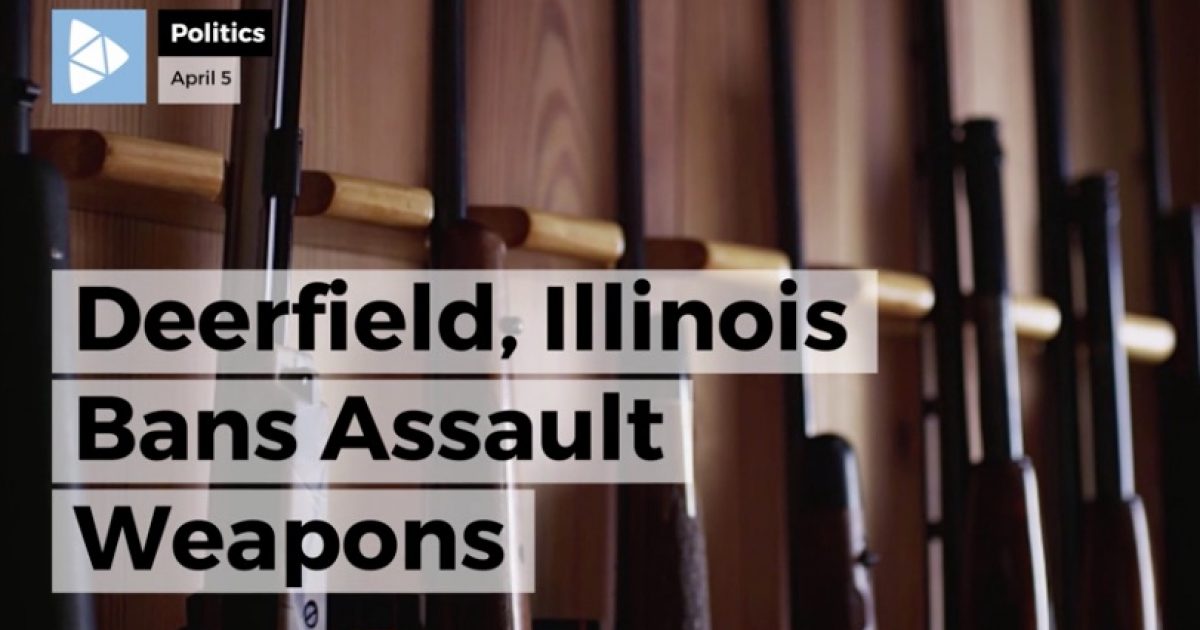 Deerfield, Illinois residents face up to $1,000 per day in fines for owning assault weapons under a new ordinance passed by the Village Board of Trustees.

The vote for the measure was unanimous.

Officials in Deerfield, Ill., unanimously approved the ordinance, which prohibits the possession, manufacture or sale of a range of firearms, as well as large-capacity magazines. Residents of the 19,000-person village have until June 13 to remove the guns from village limits or face up to $1,000 per day in fines.

Deerfield’s ordinance was modeled after a 2013 measure enacted in nearby Highland Park, Ill., that banned assault weapons, which that city defined as “any semiautomatic gun that can accept a large-capacity magazine.”

After gun rights advocates sued to challenge the Highland Park ordinance, the U.S. Court of Appeals for the 7th Circuit ruled in the city’s favor, finding that the ban left residents “with many self-defense options,” including handguns.

The action by Deerfield shows the movement to ban guns is gaining traction.

Former Supreme Court Justice John Paul Stevens recently called for repealing the 2nd Amendment and his views were endorsed by Karen Carter Peterson – the chairwoman of the Louisiana Democratic Party.

Karen Carter Peterson on Tuesday shared a New York Times op-ed by former Supreme Court Justice John Paul Stevens, who argued that the Second Amendment should be repealed because the initial reasons for its creation are “now a relic of the 18th century.”

The effort to ban guns is real and it needs to be taken seriously.