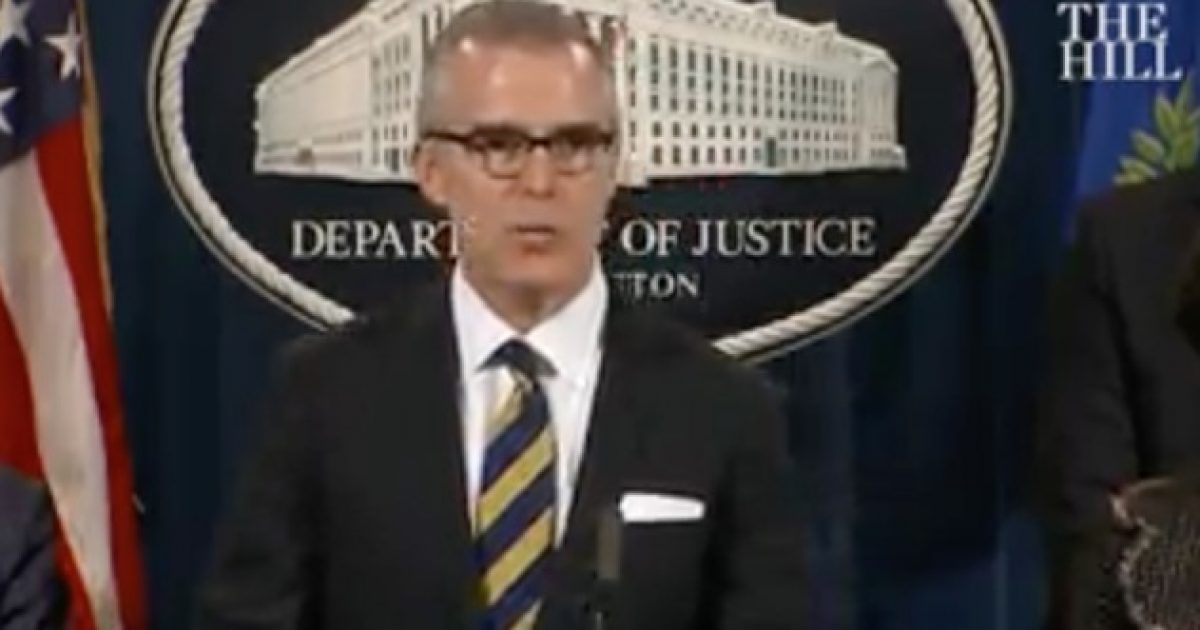 The findings led to McCabe’s firing from the FBI just before his official retirement date.

The Justice Department inspector general delivered to Congress on Friday a scathing report that accused Andrew G. McCabe, the former F.B.I. deputy director, of violating the federal law enforcement agency’s media policy and then repeatedly misleading investigators about his actions.

The inspector general found that Mr. McCabe, 50, had lacked candor on four occasions when questioned by investigators and faulted his decision to authorize the disclosure of information to a reporter with The Wall Street Journal in October 2016 as self-serving.

President Trump jumped on the findings of the report declaring McCabe is a liar:

DOJ just issued the McCabe report – which is a total disaster. He LIED! LIED! LIED! McCabe was totally controlled by Comey – McCabe is Comey!! No collusion, all made up by this den of thieves and lowlifes!

According to the report, McCabe lied about authorizing a leak about an FBI investigation of the Clinton Foundation to a reporter at The Wall Street Journal.

The Hill provided the context for the leak:

The report from Inspector General Michael Horowitz makes the case that McCabe authorized disclosures to the media that were designed to combat the perception that he had a conflict of interest in overseeing dual FBI investigations related to former Secretary of State Hillary Clinton.

The inspector general report also included McCabe’s motivation for the leak that, “served only to advance McCabe’s personal interests and not the public interest, as required by F.B.I. policy.”

The findings of the report show McCabe put his personal agenda before the FBI and that conclusion can also be applied to former FBI Director James Comey.

Comey also passed memos he wrote about meetings with President Trump to a friend who then gave them to The New York Times.

Leaking and lying was a common denominator at leadership positions at the FBI.