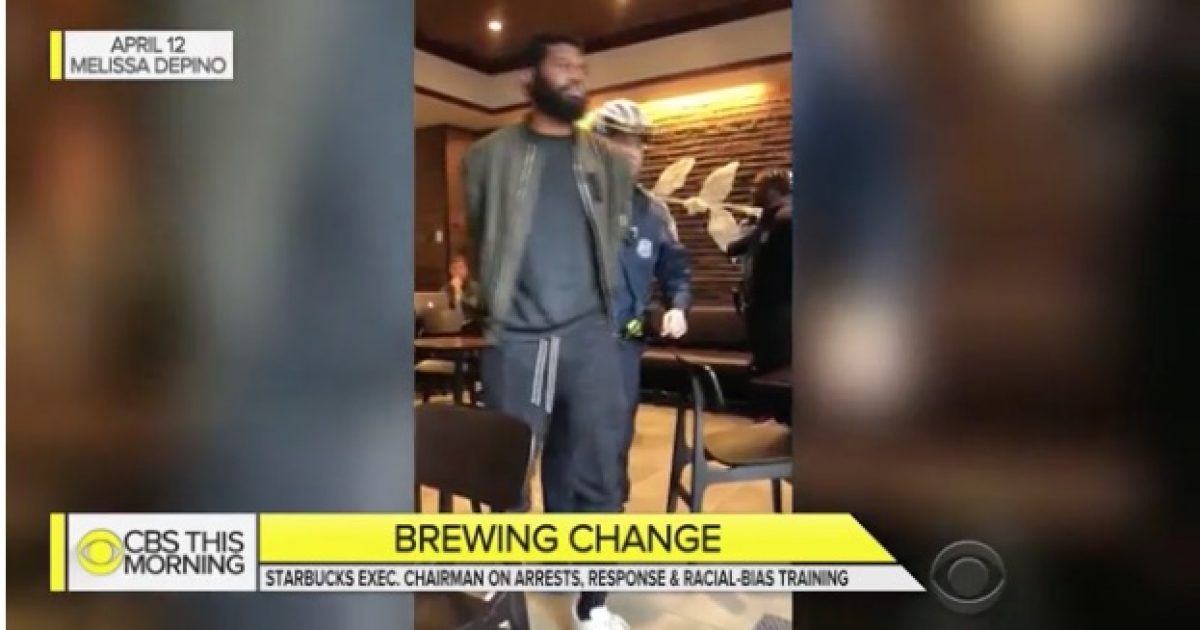 Starbucks is reeling over claims the coffee chain is racist.

Concerns over racism surfaced in a Philadelphia Starbucks store when an employee called police because two black men were sitting in the establishment without buying a product.

The police forced the men from the store and the incident was captured on video.

The company announced it was going to close all of its 8,000 stores for an afternoon for a companywide training session on racial bias.

“While this is not limited to Starbucks, we’re committed to being a part of the solution,” he said. “Closing our stores for racial bias training is just one step in a journey that requires dedication from every level of our company and partnerships in our local communities.”

The company will use former Attorney General Eric Holder to help develop the training material.

In addition, Starbucks founder and executive chairman Howard Schultz said the incident in Philadelphia was embarrassing in a TV interview.

During the “CBS This Morning” interview Schultz said:

“I’m embarrassed, ashamed. I think what occurred was reprehensible at every single level. I think I take it very personally as everyone in our company does and we’re committed to making it right. The announcement we made yesterday about closing our stores, 8,000 stores closed, to do significant training with our people is just the beginning of what we will do to transform the way we do business and educate our people on unconscious bias,” Schultz said.

Schultz is a progressive activist and critic of President Trump.

The controversy is not going away anytime soon.

A black man demanded a free cup of coffee as reparations for Starbucks racist actions.

A white Starbucks barista probably violated company policy when she handed over a free coffee to a black man who demanded it in the name of race “reparations.”

Bryan Sharpe, who goes by “Hotep Jesus” on Twitter, filmed himself going into a Starbucks store to demand a “free coffee” because they’re “racist.”

Schultz should focus his energy on implementing company policies at Starbucks instead of criticizing President Trump.