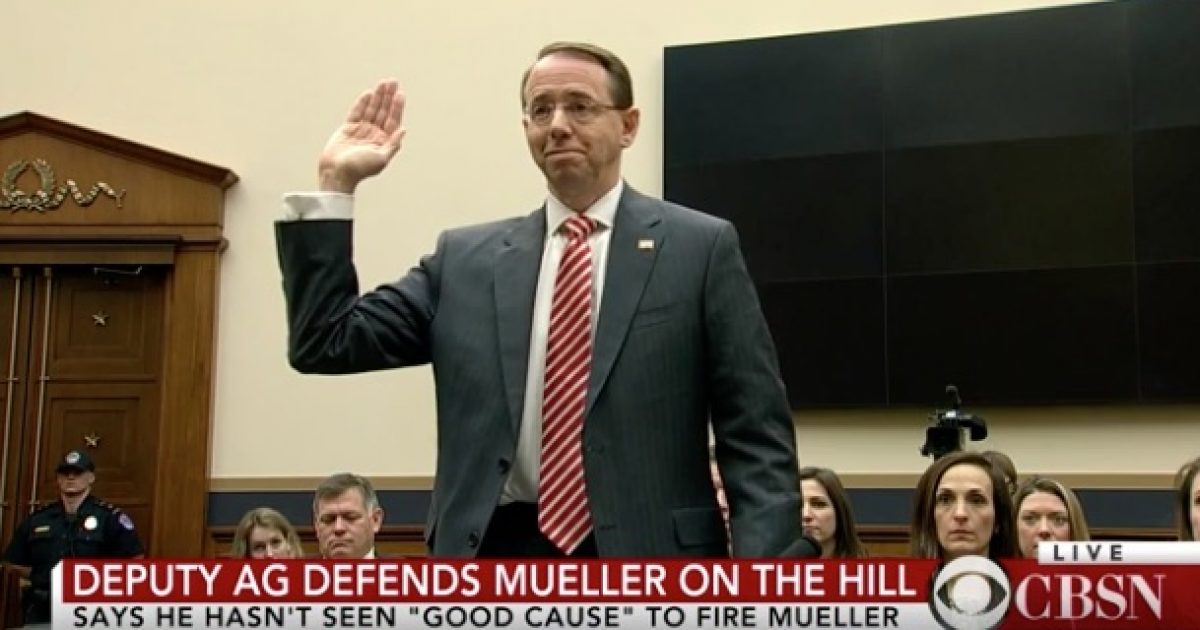 House committee members obtained the document central to launching the Russia probe over the 2016 presidential election from the Department of Justice (DOJ).

House Intelligence Committee chairman Rep. Devin Nunes of California said that he and Rep. Trey Gowdy of South Carolina “finally” received the document that reveals the justification for the Justice Department’s Russia probe — one day after he said he had a plan “to impeach” senior Justice Department officials.

“After numerous unfulfilled requests for an Electronic Communication (EC) related to the opening of the FBI’s Russia counterintelligence probe, Chairman Trey Gowdy and I met this afternoon with Attorney General Rod Rosenstein,” Nunes said in a statement.

The DOJ stonewalled access to this and other information following a subpoena issued in August by Representative Nunes.

Last week, the DOJ didn’t meet a deadline to provide over one million documents but provided about 3,000 pages of information to legislators.