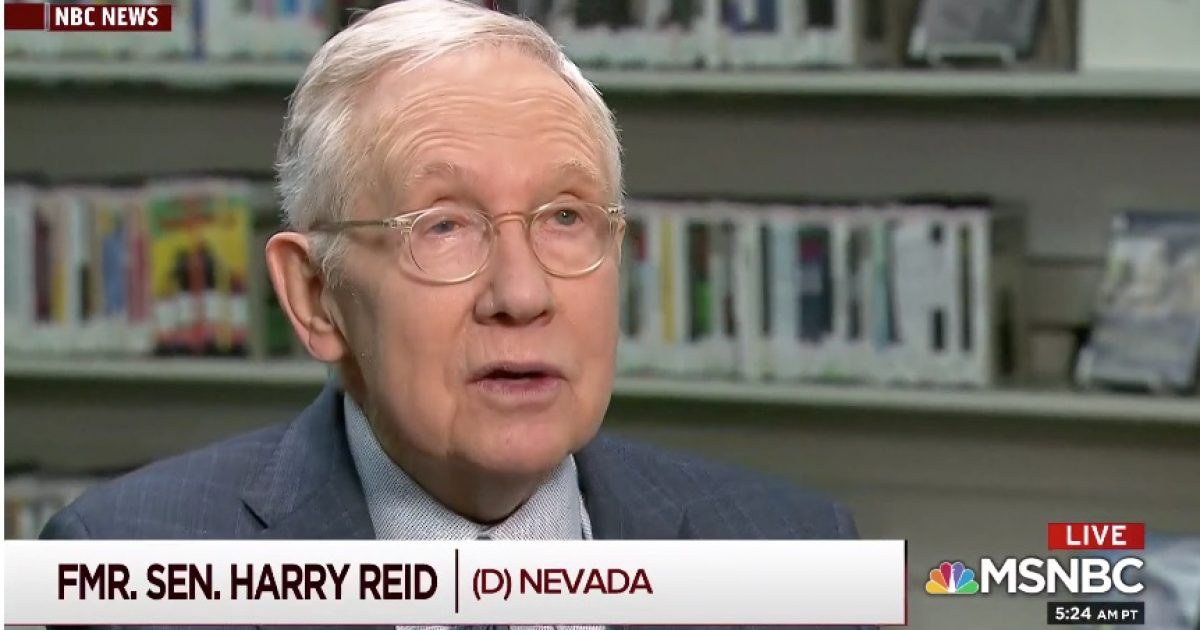 Reid said President Trump is doing significant damage to institutions in the U.S. but he is opposed to the impeachment effort for the president.

Former Sen. Harry Reid said he is worried that U.S. institutions have been “decimated” under President Donald Trump and blames Republicans for being lax on Russian election meddling — but he also warned his party against heading down the road of impeachment in an exclusive interview with NBC News.

As some Democrats, most notably Silicon Valley billionaire Tom Steyer, are publicly pushing to remove the president from office, Reid has a message: “I say to everybody, stop it.”

A number of Democrats in the House of Representatives are calling to impeach President Trump and left-wing billionaire Tom Steyer is backing an impeach ad campaign effort.

Democratic mega-donor and billionaire environmentalist Tom Steyer on Sunday defended his $20 million national television and digital ad campaign calling for Congress to impeach President Donald Trump, saying “it’s very important and urgent that we get him out of office.”

Politics is behind Reid’s opposition to impeachment.

Reid is concerned the impeachment effort will backfire on Democrats by serving as a rallying point for Republicans and increase turnout in the midterm elections.

Democrats want to take control of Congress and they are banking on a low Republican turnout this fall.