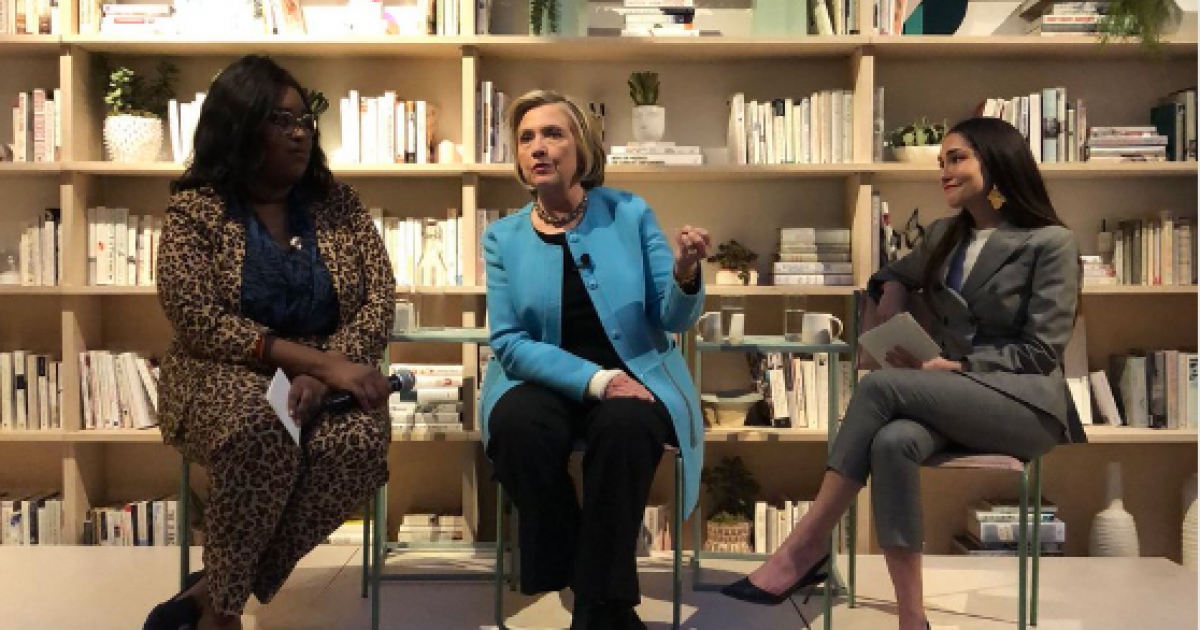 Hillary Clinton was at it again, blasting away at people and organizations.

President Trump and Fox News were high on her hit list.

Speaking at The Wing, a women-only social club in New York City, Clinton repeated many of the same claims she has made since losing the 2016 presidential election.

The 2016 presidential candidate addressed a group of a few hundred well-coiffed young women, many costumed in bright pantsuits, who waited for hours in the rain in New York City for a chance to gain entry into the coveted powder-pink female-only clubhouse known as The Wing, pay $12 for a glass of champagne, and see Clinton speak.

Clinton said the country was “in a really bad spot” and it is “really hard” viewing the way President Trump is carrying out his duties as president.

The former Secretary of State and presidential candidate also criticized Fox News saying the news organization is “trying to impeach me.”

On the other hand, Clinton was very pleased with the movement resisting President Trump including the student-led gun control movement.

Despite her negativity, she was excitedly received by The Wing:

omg having an out of body experience this is so insane @HillaryClinton is at the frickin wing!!!! pic.twitter.com/pBjAapKQRd

Clinton is unable to retire and avoid the media spotlight.

Obviously, she is still struggling with her embarrassing loss to President Trump and is using speaking engagements as a form of therapy.