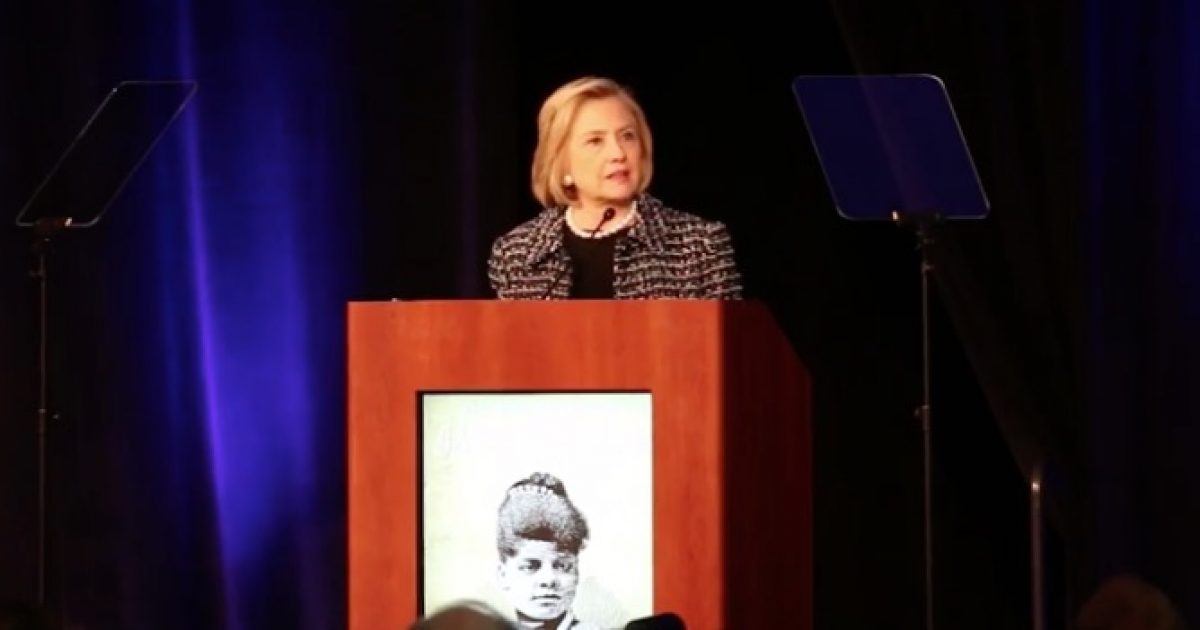 Failed presidential candidate Hillary Clinton will use any opportunity to criticize President Trump.

Hillary slammed the president and his administration during a keynote address at the Ida B. Wells Legacy Committee’s First Luncheon Fundraiser, telling the Chicago crowd “racist and white supremacist views” are in the White House.

Clinton returned to her hometown to both receive an award and help raise money for a political action committee aimed at bolstering African-American women in politics — and to blast her take on Donald Trump’s America.

“We are living in challenging times. We’re living through a war on truth, facts and reason, watching as racist and white supremacist views are lifted up in the media and in the White House. But despite it all, there are signs of hope and resilience and much of that is being led and shaped by black women like my dear friend [Congresswoman] Maxine Waters,” Clinton told hundreds at the Sheraton in Chicago.

Hillary continues to struggle with the fact she lost the presidential election based on her remarks at the Chicago event.

“After the devastating election of 2016, which you know I’m still trying to figure out, to be honest with you, I had a longstanding commitment to go speak at the Children’s Defense Fund for my dear friend and mentor Marianne Wright Edelman.”

“It was pretty tough going out about a week later and going down to Washington and making that speech. I was just glad I got through it,” Clinton said.

With the midterm elections fast approaching, expect more race card comments from Hillary and others on the left in their effort to drive voters to the polls.